6,000 kilos of Malda mangoes head for Italy and Qatar

While the fruit would be sold at local markets in Milan, the consignment would be displayed at an international exhibition of fruits in Doha 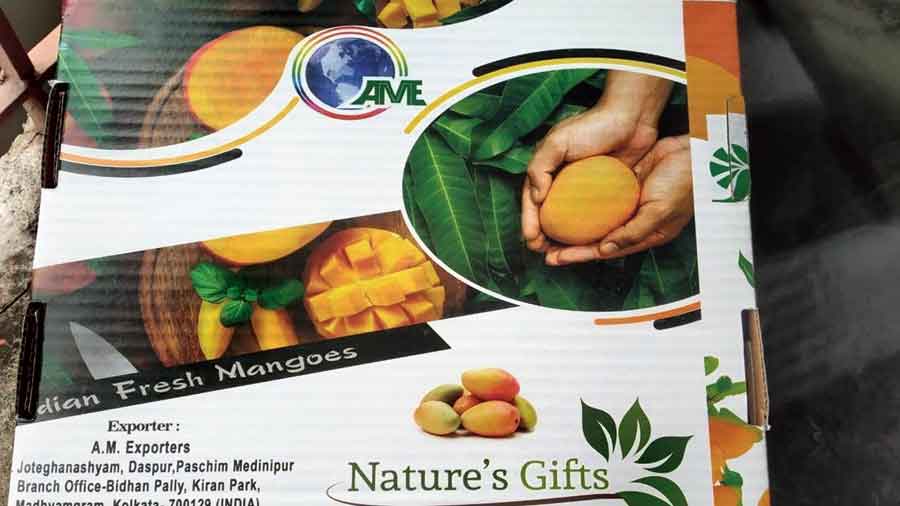 Around 6,000 kilos of mangoes from Malda district have been exported to Italy and Qatar last week.

While the fruit would be sold at local markets in Milan, the consignment would be displayed at an international exhibition of fruits in Doha.

Sources in the state food processing and horticulture department said that the initiatives were taken to popularise Malda mangoes in the international market and to ensure a steady business for the growers every year.

According to sources, 2,400 kilos of mangoes was sent to Milan, Italy, and 3,600 kilos to the capital city of Qatar.

Earlier, mangoes of Malda were sent to some European countries, especially to the UK. But this is for the first time that orders have been placed to exporters from Italy.

“The exporters had contacted us to help them to choose the best mangoes for their clients in Milan. The consignment was sent and we have heard that they have received more orders from Italy. This is a positive development and can help us in promoting the mangoes of Malda in the international markets,” said Krishnendu Nandan, a deputy director of the department.

The exporters, who have bought mangoes of different varieties from the growers in Malda district, said they have also sent consignments of the fruit to London and to Frankfurt in Germany. Among these include varieties like “Himsagar” (locally known as “Khirsapati”), “Lyangra” and “Lakshmanbhog”, said the exporters.

Meanwhile, the international exhibition of fruits will commence in Doha next week.

“This is a big challenge as mangoes from other countries and different states of India will also be displayed at the exhibition. If the mangoes of Malda can win the heart of fruit lovers, we believe, in due course, we can find new overseas markets in the middle-east,” said an exporter.

Uzzal Saha, the secretary of West Bengal Exporters’ Coordination Committee, said: “The Covid-19 pandemic, the consequent lockdown, along with inclement weather conditions, had marred the prospect of Malda mangoes last year. But this year, the trend appears to be favourable. Along with the European countries, we have also sent the mangoes to Dubai and hope to receive more orders from abroad.”

The mango merchants in Malda pointed out that for years, Bangladesh was a steady market of mangoes, but an increase in rate of tax on exports discouraged many exporters from sending the fruit to the country.

“Since 2019, the export to the neighbouring country has gone down as it has increased the levy on exports. It is good if we get new overseas markets for the produce,” said Ujjwal Choudhury, secretary, Malda Mango Merchants’ Association.