Alleged lapse on Day 1 of Madhyamik examination; board denies leak 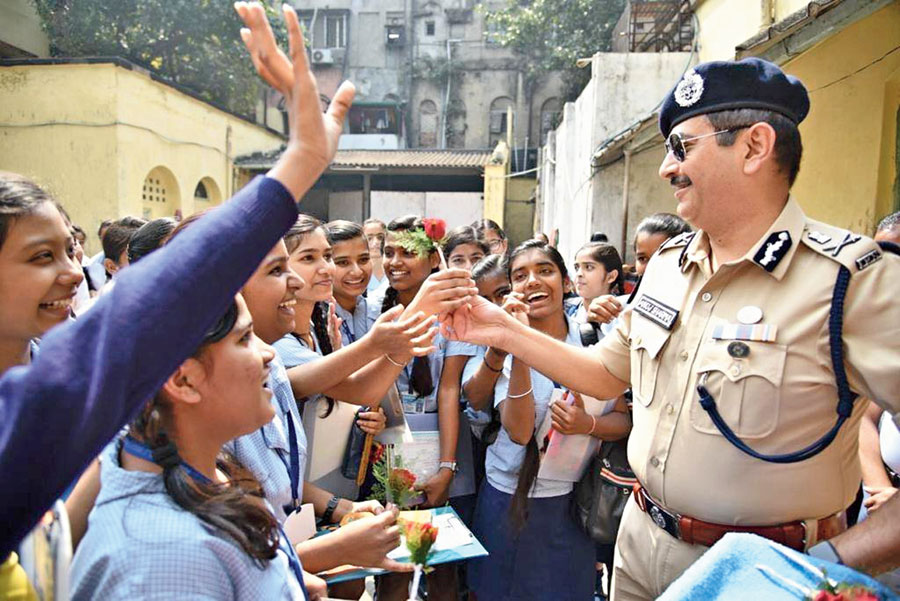 A portion of the Madhyamik Bengali language question paper was allegedly found circulating on WhatsApp on Tuesday, barely 15 minutes after the exam began.

The test started at 11.45am and screenshots of questions were allegedly being circulated on WhatsApp around noon.

The West Bengal Board of Secondary Education, which conducts the Madhyamik examination, has denied any possibility of a “leak” as there was no evidence to show that the paper was circulated before the start of the examination.

A preliminary inquiry revealed that screenshots of questions had been sent from a school in Malda, a source in the board said.

The state government has decided to suspend the internet in some blocks of seven districts — Murshidabad, Malda, South Dinajpur, North Dinajpur, Birbhum, Jalpaiguri and Cooch Behar — for more than two hours from 11.45am on the days Madhyamik exams are being held to prevent question leak.

Board president Kalyanmoy Ganguly said the exam was conducted smoothly at all 2,389 centres across the state on Day I of Madhayamik. The board did not receive any complaint about the question paper being circulated on WhatsApp, he said.

The board came to know about the WhatsApp forwards from reporters around 1.30pm, Ganguly said.

“The exam went on smoothly between 11.45am and 1.30pm. We came to know from a section of media after 1.30pm that a portion of the Bengali first language paper had been circulated on WhatsApp. But the image of the question paper was not received by any of our board officials till evening. To my knowledge the examination was held smoothly at all centres throughout the state,” Ganguly said.

He said the board will find out whether the paper had at all been circulated.

“We will also check if internet services were suspended in the neighbourhood of the school in Malda from where the screenshot of the question paper was allegedly circulated,” he said.

Students as well as teachers and non-teaching employees of schools are barred from carrying mobile phones to the examination venue.

Sharma reached St Lawrence High School around 11.30am and greeted some examinees at the school gate before meeting principal Father Sebastian James and enquiring about the arrangements.

The city police chief had on Saturday announced four numbers where Madhyamik examinees can call or WhatsApp to report any inconvenience caused by loud music or loudhailers during the exams.

An examinee from New National School in Phoolbagan, Anisha Singh, forgot her admit card at home in Phoolbagan on Tuesday. Beleghata police station OC Pradip Kumar Ghosal spotted the anxious student outside Bani Vidyamandir Girls’ High School in Beleghata and arranged to bring the admit card from her home and ensured that she could start writing the exam before the admit card arrived.