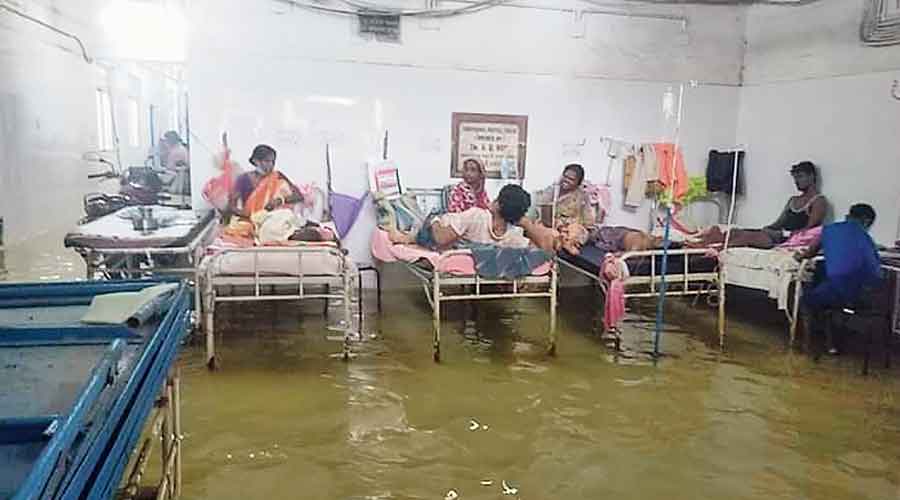 A sudden thunderstorm in parts of East Midnapore and West Midnapore early on Tuesday morning claimed four lives, all agricultural workers, as they were struck by lightning.

At Dubda village in East Midnapore’s Egra, farmer Aurobindo Bera, 40, was killed on the spot when lightning struck him, while his wife Mira was seriously injured. The couple were working at their agricultural plot when the accident happened. Mira was rushed to Egra Super Speciality hospital for treatment.

“The incident occurred when a group of farmers was running for cover at the onset of the sudden storm,” said an eyewitness.

At Kanpur village in Potashpur station area, Ramkrishna Paikhara, 38, was killed under similar circumstances when farmers were working in an open field. While Paikhara was killed on the spot, his companions suffered injuries and were rushed to the block health centre for treatment.

In West Midnapore’s Debra station area, two women were killed by lightning strikes while working in the fields. Mithu Singh, 31, was killed at Hathiberia village whereas Ruma Bera, 23, died at Sundarnagar.

The storm also caused severe waterlogging in parts of Tamluk town, with the town’s district hospital being the worst hit.

All the wards, including the pharmacy, on the ground floor of the Tamluk district hospital were flooded waist-high. The rainfall also led to Tamluk and its surrounding areas remaining without power till noon.

Disruption at the Tamluk district hospital lasted for several hours owing to waist-high flood waters on the ground floor level. Sources said an operation theatre, the male surgical ward, and the isolation ward all got flooded leaving several patients and their kin without medical attention. 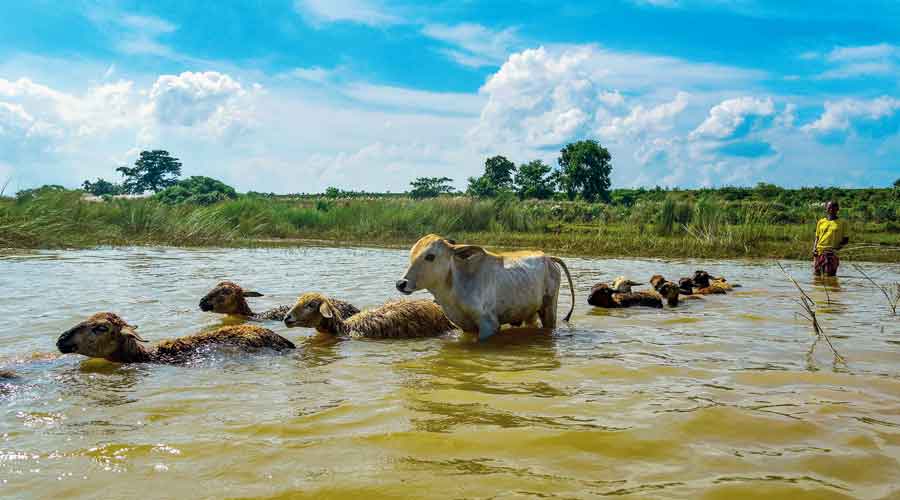 “We have told the health department repeatedly to clean the hospital’s choked drains. But neither they nor the municipality paid any heed,” said West Bengal State Workers’ Federation (health) district secretary Nilkanta Nayak.

“We have told them repeatedly to monitor hazardous waste from the medical college premises. But they have not cooperated,” he said, referring to the college campus located on the hospital grounds.

Sources said strong winds led to over 100 coconut trees getting uprooted in the area and several high-tension wires snapped.

WBSEDCL regional manager Shyamal Hazra said the damage was “minor” and repairs would be completed soon.