Killer of retired army man and his wife arrested 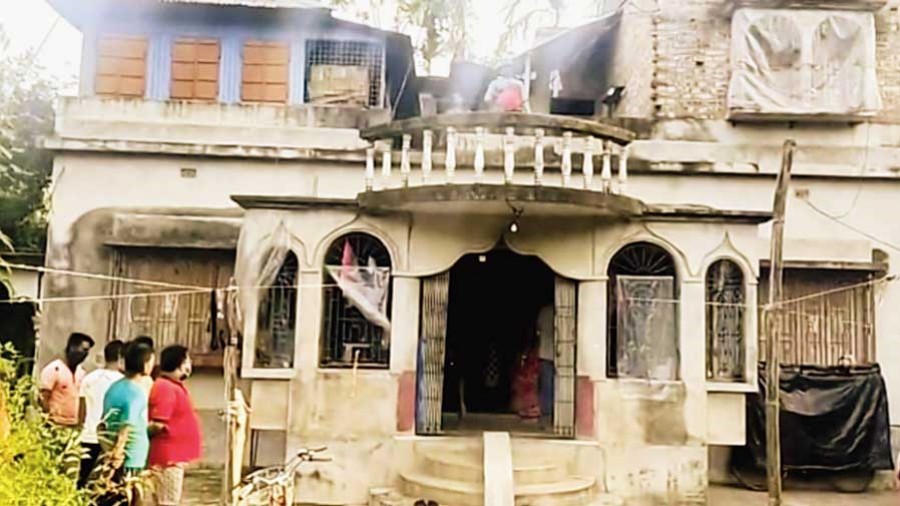 Tanmay Bar, who had allegedly shot dead a retired army man and his wife in Habra

on Wednesday morning, was arrested from a hideout in Barasat’s Nilganj early on Friday.

Police said Bar had taken temporary shelter at a friend’s house when sleuths zeroed in on him by tracking the mobile phone numbers of some of his close friends and relatives.

He was produced in the Barasat ACJM court later on Friday and was remanded in 10 days’ police custody.

Bar, who was accused of kidnapping the ex-soldier’s niece at gunpoint earlier, climbed a coconut tree and landed on the terrace of  Ramkrishna Mandal, 58 and his wife Lila Mandal’s Tunighata-Mandalpara home at Habra in North 24-Parganas.

Police sources said Bar shot the couple when he came face-to-face with them after entering the house.

Beginning a probe into the murder, the police had formed three teams and begun combing several areas while coordinating with BSF to keep an eye on Tanmay’s movement.

In 2016, he had abducted Ramkrishna’s niece and forcefully married her after fleeing to Bangladesh. Bar was arrested when the couple returned to India in 2017.

Superintendent of police, Barasat district, Abhijit Banerjee said: “We will interrogate Bar to ascertain the motive behind the murder."