In order to reach out to the grassroots, Vijayvargiya visited homes of party supporters facing attacks from TMC 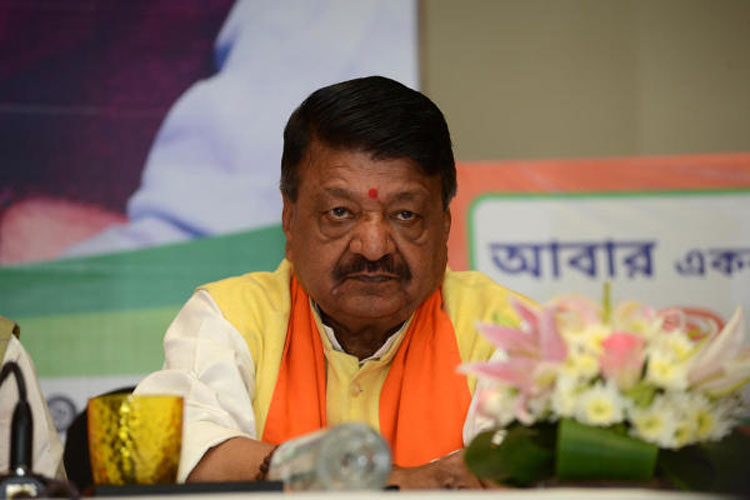 Kailash Vijayvargiya, a national general secretary and Bengal minder of the BJP, was offered a Lok Sabha ticket from Bhopal in Madhya Pradesh, his home state. He refused to contest saying he wanted to spend more time in Bengal to realise the party’s goal of winning at least 23 seats from here, a BJP insider said on Thursday.

“The BJP may not have got any of the seats where elections were held in the last phase (May 19) but his hard work has won us a number of seats that went to the polls in the earlier phases…. He never gave up and believed that our party can wrest many seats in the Trinamul stronghold,” a BJP insider said.

Sources said Vijayvargiya, who took charge of the Bengal BJP in mid-2015, had realised that the party in the state was in need of a dynamic leader.

“He convinced the central leadership that Dilip Ghosh, a former RSS pracharak and then a general secretary of the state party unit, should helm the organisation in Bengal. The strategy worked as the party started to flourish in almost all districts in Bengal under Ghosh’s leadership,” a state BJP functionary said.

Vijayvargiya first tasted success when the party won three Assembly seats in 2016, garnering 10.31 per cent of the votes polled.

A number of BJP leaders attributed the party’s impressive performance in Purulia, Jhargram, Bankura and north Bengal districts such as Alipurduar, Cooch Behar and Jalpaiguri to the organisational skill of Vijayvargiya and Ghosh. “After setting up the base for the party, Vijayvargiya went for expansion and reached out to Trinamul leaders,” the functionary said. The effort yielded results when Mukul Roy, once No. 2 in Trinamul, joined the BJP in November 2017.

In order to reach out to the grassroots, Vijayvargiya visited homes of party supporters facing attacks from Trinamul. “The visits sent a message to the workers that the party was with them. That encouraged them to continue their fight against Trinamul,” a BJP leader said.

Just before the Lok Sabha polls, Vijayvargiya convinced the central leadership about the possibility of winning many seats from Bengal.

“That led to a series of rallies by Narendra Modi and Amit Shah,” said Raju Banerjee, a state general secretary of BJP.