Jeweller held for gold and cash haul in Ranaghat 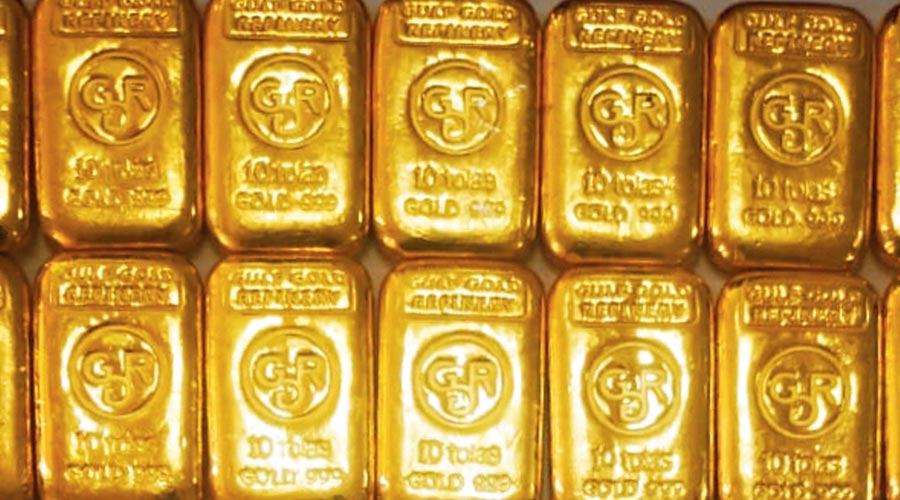 A jewellery shop owner was arrested after smuggled gold bars worth Rs 48 lakh and Rs 87.77 lakh of unaccounted cash was recovered from his shop in Ranaghat on Tuesday night.

A customs team raided GK Jewellers, situated on Subhash Avenue in Ranaghat, and seized gold bars weighing over a kilo with foreign inscriptions on them. “Chanchal Karmakar was taken to Ranaghat’s commissionerate of customs (preventive) for interrogation after he failed to furnish document against procurement of the gold as well as sources of the cash. Later, we handed him to police,” a senior official of the customs investigating team said.

A customs official said the smuggled gold bars had been brought to the shop for melting to make jewellery. “We are trying to bust the entire racket involved in gold smuggling and active across the state. Involvement of other persons in selling and purchasing smuggled gold is being investigated and appropriate actions will be taken in due course.”

The customs department has alerted the BSF authorities about increased incidents of gold smuggling from areas close to the Bangladesh border.