At least 2,500 people have been infected with the dengue virus in Calcutta this year. The population density adds to CMC's woes. 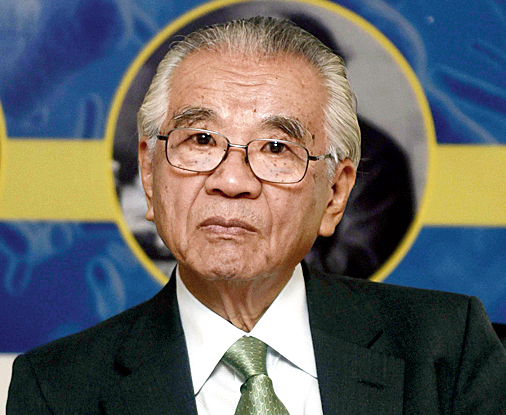 Tokyo had a brush with dengue about four years ago but contained the disease by destroying all breeding spots in the area where the vector-borne disease had infected 300 people, a scientist with the National Institute of Infectious Diseases in Japan said.

Yoshifumi Takeda, who was in Calcutta to attend a conference on Saturday, said the authorities kept a strict vigil and destroyed all possible breeding grounds every year though there weren’t any cases of dengue.

But in Calcutta, where dengue kills several people every year, authorities have always struggled to contain the disease.

Takeda said the secret lay in strict monitoring and destruction of breeding spots. “A mosquito cannot fly endlessly. So, we targeted the area where the patients were coming from. We killed the mosquitoes and destroyed the breeding sites.”

The World Health Organisation (WHO) website says the female Aedes aegypti mosquito, the primary transmitter of dengue in India, fly 400m on average.

In Japan, the Aedes albopictus mosquito was the dengue transmitter, but this mosquito, too, has a limited flying range. Takeda said the authorities used the limited flying range to their advantage. Dengue was reported in Japan after 70 years, according to the WHO website.

“We decided we had to kill the mosquitoes as well as the breeding spots and we managed to do that,” Takeda said.

The Calcutta Municipal Corporation, too, follows a similar process — on pen and paper. Vector-control workers are supposed to scan 100m around a house, which has a dengue patient. The area is supposed to be fumigated and breeding sites destroyed so that adult mosquitoes carrying the virus cannot breed and pass on the virus to the next generation, a civic health official said.

At least 2,500 people have been infected with the dengue virus in Calcutta this year.

Calcutta’s population density could be a reason for the CMC failing to do what the authorities in Japan did. “Houses so close to each other and the huge population is a hurdle in containing dengue in Calcutta. It is very difficult to trace and destroy all breeding sites here,” Takeda said.