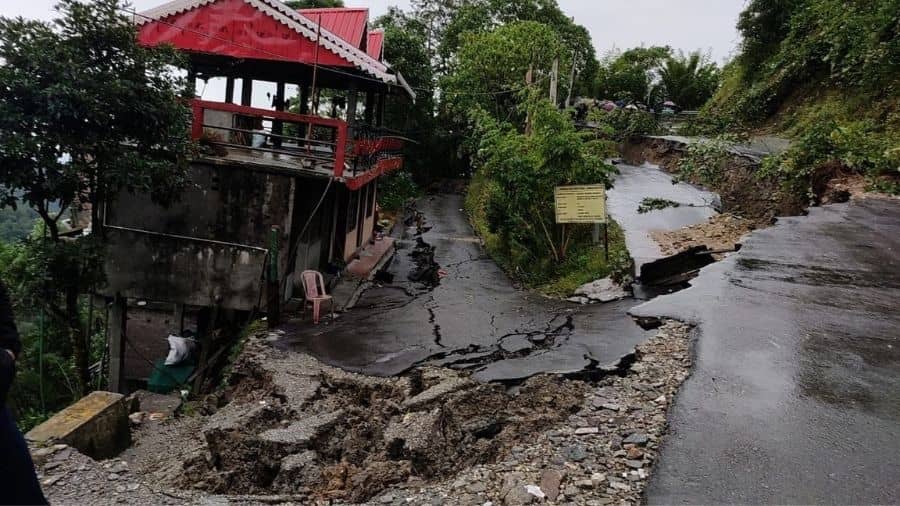 The Meteorological department issued a 'red' alert for Darjeeling, Kalimpong and Alipurduar, forecasting "extremely heavy rain at one or two places" in these districts till Thursday morning.

Jalpaiguri and Cooch Behar are likely to receive heavy to very heavy rain during the period, it said.

Road connectivity in several places of Kalimpong district, linking Kalimpong town with several hamlets such as Pedong, Lava and Algara, was snapped owing to landslides, the officials said.

A bridge on the Balason river at Matigara on the outskirts of Siliguri in Darjeeling district also got damaged.

Siliguri Police Commissioner Gaurav Sharma said vehicles have been diverted to another route owing to the damage to the bridge, while motorcyclists and pedestrians have been allowed to use it.

"We are urging people to make plans for long travel to reach their destinations owing to the diversion," he told reporters.

Hundreds of tourists, who have thronged the hills during the Durga Puja season, are facing difficulties in travelling to their next destination or reaching railway stations or the Bagdogra airport to return home, owing to the incessant rain and landslides, the officials said.

Several low-lying areas in the Jalpaiguri district have been flooded owing to a rise in the water level of Teesta and Jaldhaka rivers. People from these areas were being moved to safe places for shelter.

Water levels in Torsa and some other rivers in the region have started rising owing to the torrential rain.

The Met department said the inclement weather condition will prevail in the sub-Himalayan districts till Thursday morning.

Weather in West Bengal's southern districts, which received heavy rain since October 17 owing to a low-pressure system, improved considerably on Wednesday, though the Met department said thunderstorms with lightning at one or two places are likely in the region during the day.

Dry weather will prevail in the southern parts of the state from Thursday, it added.