Currently, there are 10 joy rides available for tourists and toy train enthusiasts now, after two re introduced earlier this month 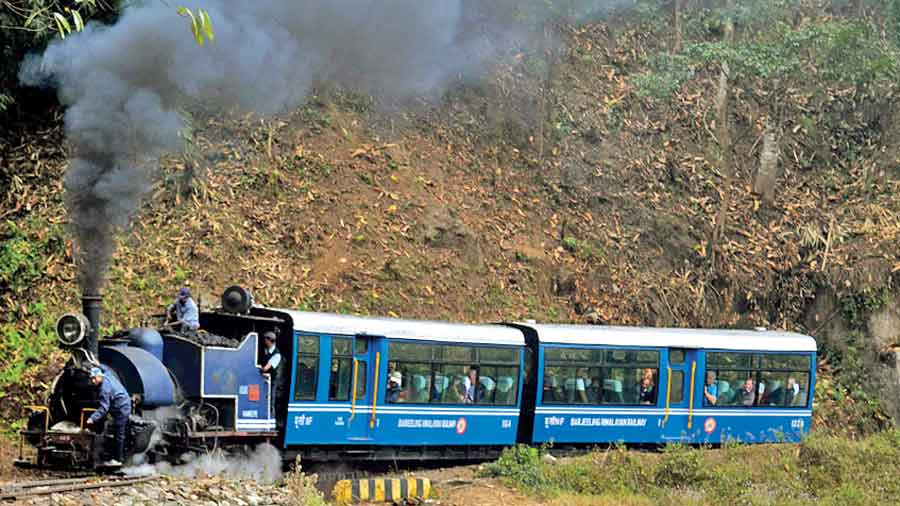 Authorities of the Darjeeling Himalayan Railway (DHR) who run the heritage toy train in Darjeeling hills are facing a “pleasant problem” of shortage of locos for the first time in recent years owing to a huge demand in train tickets.

The surge in the demand of train tickets grew these past few days in the wake of a heat wave that hit the southern and central parts of Bengal and many other states that prompted tourists to head for the hills to enjoy the chill.

Currently, there are 10 joy rides available for tourists and toy train enthusiasts now, after two re introduced earlier this month.

“The rise in the inflow of tourists has led to a rise in the demand for toy train tickets. Forget the joy rides, which are any popular among tourists, even seats of the regular services between New Jalpaiguri and Darjeeling are not available till the end of May,” said an official of DHR.

However, the DHR authorities who function under the Northeast Frontier Railway, do not have additional heritage locos to introduce additional train services in the hills.

Sources in the DHR said out of its total rolling stock, six diesel locos and 13 steam locos are operational now. Diesel locos are mostly used for regular services and steam locos in the joy rides between Darjeeling and Ghoom.

The official said that even before the Covid-19 pandemic started, such a demand for tickets was not witnessed in the DHR.