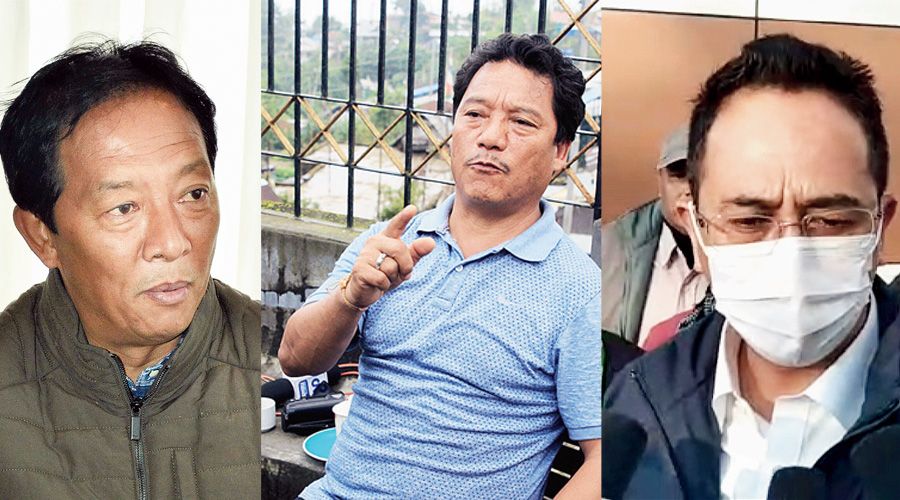 The contest in the three hill seats of Darjeeling and Kalimpong districts is all set to be biploar in the Assembly polls as  most of the hill-based parties have either aligned or are in the process of aligning themselves with the two major political contenders — the Trinamul and the BJP.

“Earlier, the hill based parties, each of which has some support base, used to contest individually at the Assembly elections. But this time, a new polarisation has been witnessed in hills as these parties are either with Trinamul or with BJP,” said a veteran in hill politics.

If there is no change in this polarisation till the elections, the contest in the three seats of Darjeeling, Kurseong and Kalimpong will be between Trinamul and BJP, he pointed out.

During the past couple of On one hand, the Trinamul leadership is trying to clear the differences among the two factions of Morcha — both the factions, headed by Gurung and Binay Tamang are still not ready to join hands — to ensure that this difference does not affect the party's poll prospects.

On the other hand, BJP leaders, including Union home minister Amit Shah, have met leaders of the five other parties in Delhi and have assured them that the Centre is all set to meet one of their longstanding demands – conferment of scheduled tribe status to 11 hill communities.

As these parties have lined up behind Trinamul and BJP, their leaders are also engaging in a war of words on several issues and trying to counter each other, a move that is being seen as a strategy to strengthen their respective support bases.

Roshan Giri, general secretary of the Gurung camp of Morcha, was critical of the BJP on Wednesday and sounded an alert for the other parties.

“BJP is just interested in spreading their party’s wing. So far our demands are concerned, we have met their party leaders innumerable times in the past but nothing came out of those talks,” said Giri, referring to the recent meeting that these parties had with Amit Shah and some others.

Neeraj Zimba, a GNLF leader, said: “It was foolish of them that they joined a sinking ship. We want to make it clear that we had resumed talks with the Centre on our key demands and these talks will be effective.”