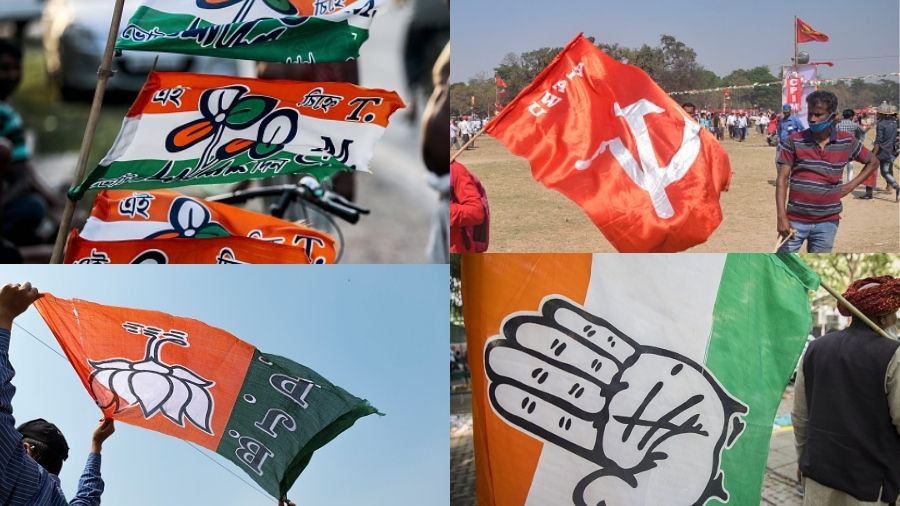 The bench had on Monday directed the state government to set up a three-member committee to look into BJP workers' allegations that they were being forced to flee their homes.
Getty Images
Arnab Ganguly   |   Calcutta   |   Published 04.06.21, 08:09 PM

A five-judge bench of the Calcutta High Court asked victims of recent political violence in Bengal to file online complaints with the West Bengal State Legal Services Authority on Friday, following up on its directive to the state government to set up a committee to look into complaints that BJP workers were being forced to flee their homes since May 2 when results of the Bengal Assembly election were announced.

As per the order, passed by the bench comprising Acting Chief Justice Rajesh Bindal, Justices I.P. Mukerji, Harish Tandon, Soumen Sen and Subrata Talukdar, the victims were free to use legal counsels to lodge their complaint via the website of the authority.

“We direct that anyone in West Bengal, who is not being allowed to go back to their home allegedly on account of post-poll violence will be at liberty to launch a complaint on the website of WB State Legal Services Authority,” the court ordered.

The bench had on Monday directed the state government to set up a three-member committee to look into BJP workers' allegations that they were being forced to flee their homes, something chief minister Mamata Banerjee had dismissed as “motivated” and “fake”.

Advocate Priyanka Tibrewal, who had unsuccessfully contested the Assembly polls on a BJP ticket, had filed a petition before the Calcutta High Court, primarily focussing on the Entally constituency where, on Wednesday, around 144 people were sent back to their homes under police escort.

While making it clear that the court’s priority was to ensure rehabilitation of displaced people to their homes, Acting Chief Justice Bindal observed, “The AG has been instructed to say there is none (victims).”

Advocate Bikash Ranjan Bhattacharya told the court some people were threatened by local police, saying that they would not be allowed to live in their homes since they had approached law enforcement authorities.

The division bench ordered that on receipt of such complaints, the competent authority should take corrective measures to ensure that the victims were able to return to their homes and then submit a report to the court.

“Complaints may be sent to the official email id of the authority. Other displaced persons will also be at liberty to send copies of their complaint at the official email of WB State Legal Services Authority. On receipt of such grievance, the competent authority shall take necessary steps for rehabilitation of such persons and report to this court,” the order read.

Advocate Tibrewal told the court that she had received similar complaints from many people from across the state.

Friday's court order came a day after leaflets announcing social boycott of 18 families in Keshpur’s Mahishda village were distributed. Along with a list of names, the leaflets included a warning to shopkeepers and tea-sellers in the village not to trade with any of them. Those found violating the warnings were threatened with stern action.

The leaflets had "Mahishda All India Trinamul Congress" written on top followed by booth 176 and 179 in the next line. However, there was no signature. The BJP has claimed that all the 18 families were its supporters.