Trinamul has around 235 MLAs in the 294-seat Assembly 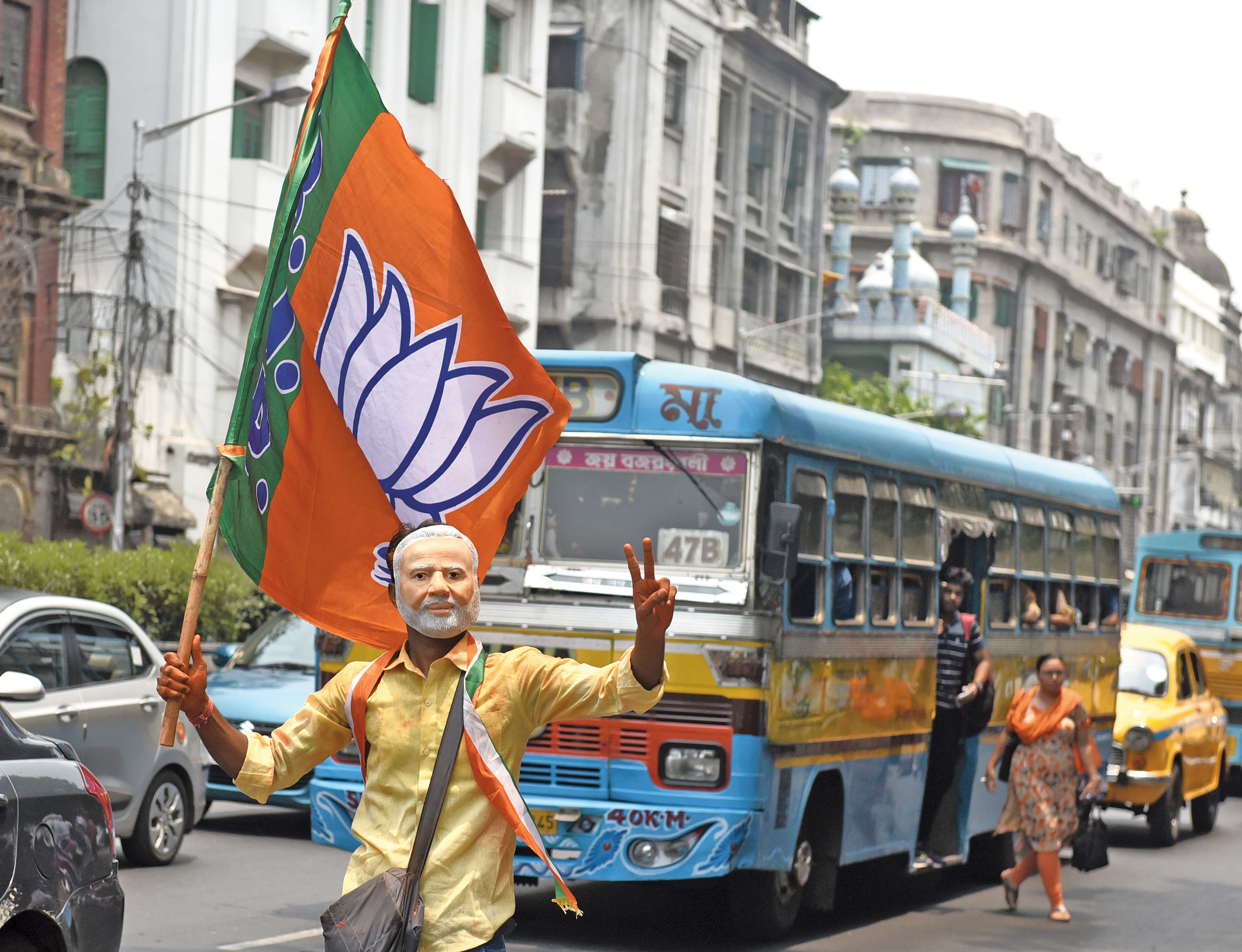 Confusion over early trends made way for fear in the Trinamul Congress on Thursday, with the BJP not only breaching Mamata Banerjee’s Bengal bastion but stopping just a few seats short of her likely 22-seat tally in the state.

The saffron surge — Narendra Modi’s party looks set to win 18 seats — has prompted hysterical calculations in Trinamul camp on what lies next. Although not one prominent Trinamul leader was willing to go on record on the results, many admitted in private that the party was fearing a defeat in the 2021 Assembly elections.

Trinamul has around 235 MLAs – including around two dozen defectors from the Left and the Congress – in the 294-seat Assembly, but sources have said nothing could be ruled out if the Assembly elections are held in near future.

“Not only is the BJP leading in 18 Lok Sabha seats, it is ahead – according to preliminary estimates – in around 130 Assembly segments in Bengal. That is just about 30 short of our lead and 18 short of the majority mark in our Assembly. The danger is real. The fear is palpable,” a senior Trinamul leader said on the condition of anonymity.

The only public response from Mamata came by the way of a tweet at 1.21pm. “Congratulations to the winners. But all losers are not losers. We have to do a complete review and then we will share our views with you all. Let the counting process be completed fully and the VVPATs matched,” she tweeted.

Trinamul sources said the chief minister did mull holding a news conference in the afternoon but wild swings in either direction in four seats till Thursday evening kept her from it. They said she might address the media on Friday.

A Trinamul leader said Mamata was looking for ways to tackle the possible crisis. “They will want to topple our government mid-term. From BJP chief Amit Shah to Prime Minister Narendra Modi, their whole leadership vowed to throw us out of power. They are unlikely to wait till 2021 to achieve that,” he said.

“The BJP will try to engineer a slew of defections from our camp. Modi had himself claimed that 40 of our MLAs were in touch with him. Others have quoted figures of up to 100. These threats can no longer be taken lightly.”

A Rajya Sabha member of Trinamul said the party was certain that the debacle was caused by the “direct transfer” of votes from Left and to some extent, the Congress.

He cited the 23 per cent rise in the vote share of the BJP, coupled with a 22 per cent fall in the Left’s vote share and four per cent in the Congress vote share since the 2014 Lok Sabha polls.

“We are looking at a wide range of possibilities, including President’s rule in Bengal. Given the BJP’s brute majority in Parliament and our reduced numbers, we will not have a major say in Delhi either,” said another Trinamul leader.

“For now, our task is to prevent a mid-term Assembly polls at any cost.”