As per information, an altercation took place between some wedding party members and a local resident over playing music at marriage hall 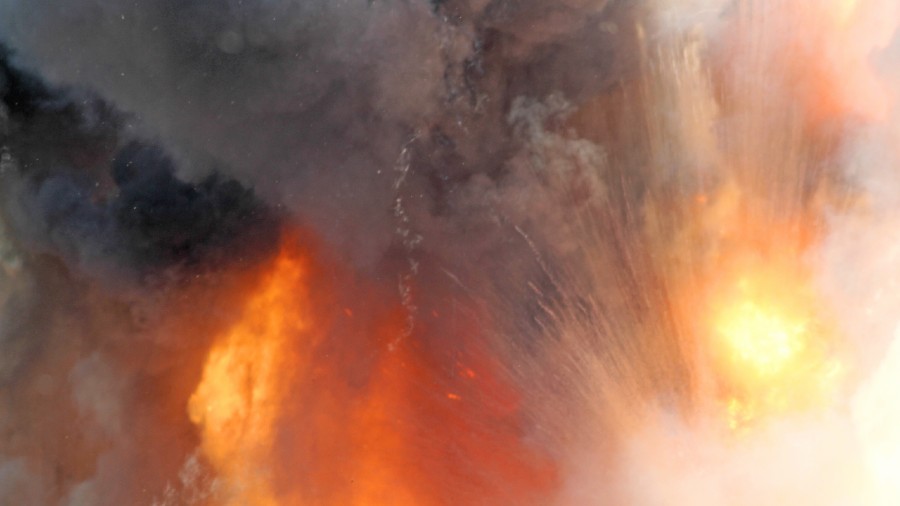 Four persons were injured, one of them seriously, when several bombs exploded at Jagaddal area in West Bengal's North 24 Parganas district early Sunday triggering panic in the area.

An official of Barrackpore Police Commissionerate said as per information, an altercation took place between some wedding party members and a local resident over playing music at the marriage hall on Saturday night.

Five persons were detained in connection with the incident as police conducted raids in the area.

Two more unexploded bombs were seized from the area during raids.

The incident triggered a political blame game as the BJP accused TMC of "stockpiling" bombs across the state ahead of the panchyaat polls in 2023.

However, the TMC countered the charges saying BJP is levelling "false" charges.

BJP state President Sukanta Majumdar told reporters that local TMC leaders have "stockpiled" bombs in the area and whenever there is a dispute, bombs are hurled by the ruling party miscreants.

"Several bomb blasts and recovery of explosives had taken place in the Bhatpara-Jagaddal belt under Barrackpore sub-division in North 24 Parganas district and the involvement of TMC has been proved in every incident," Majumdar said.

TMC state spokesperson Jay Prakash Majumdar said "BJP is levelling false charges against the TMC. Our men are not involved in such incidents."

"There have been stray incidents. Our party has no association with any of them. Police are taking action... ," he added.