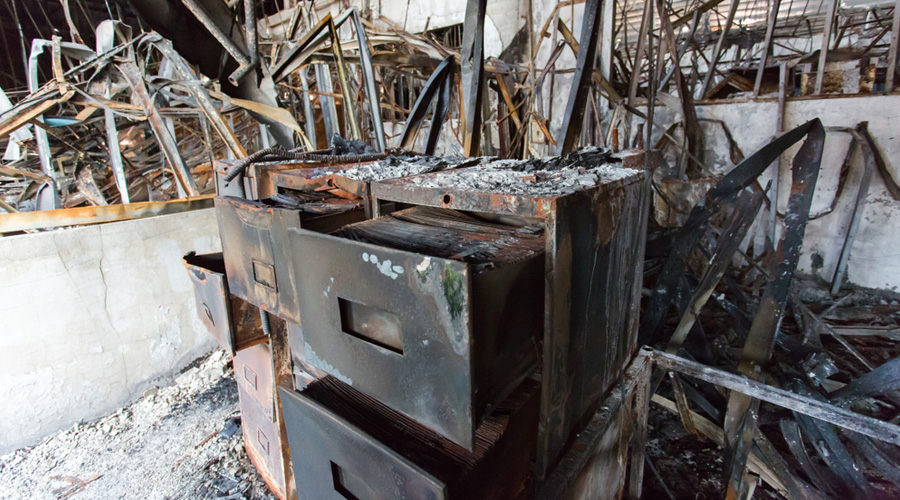 School textbooks worth around Rs 15 lakh were gutted in a blaze that broke out at a circle office of the state primary education department at Islampur in North Dinajpur district on Thursday morning.

Furniture and documents at the office were also reduced to ashes in the blaze owing to suspected short-circuit.

Two fire engines doused the flames in over two hours, till over 11am, on Thursday.

Sources said that from January 2, schoolbooks provided free of cost by the state government would be distributed among students of state-run and state-aided primary schools for the new academic year.

“Accordingly, new books have all been sent to districts. For North Dinajpur's Islampur subdivision, those were kept at a godown in the Islampur sadar circle office of the department,” said a source.

Residents around 8.30am spotted smoke coming out of the closed office and godown. They informed firemen who rushed to the spot. A police team and officials from the subdivision also arrived.

“We suspect an electrical short circuit caused the blaze. An inquiry would be held,” said an officer of Islampur fire station. The police, he said, are doing a separate investigation.

Belal Hossain, sub-inspector of schools (primary) of Islampur sadar circle, said they had sent most books to schools. “Whatever was there in stock got damaged in the fire. So it would take some time to distribute books in some primary schools (which have not yet received the consignment). We have told our superiors and hope to get new books soon from the state,” Hossain said.