A few persons were reportedly trapped in this area of the factory, but were rescued by fire brigade 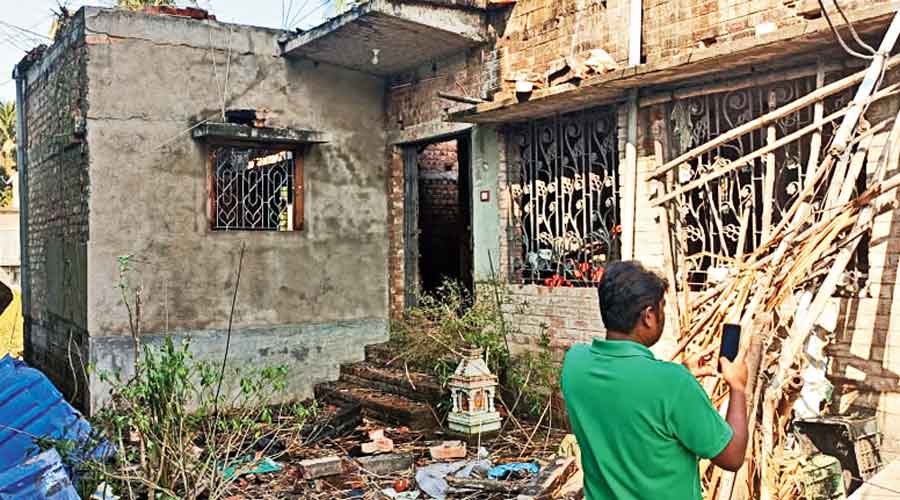 Three persons, including two women, were killed on Wednesday morning when a firecracker factory caught fire in the Mohanpur-Sonaria area of South 24-Parganas’ Nodakhali. The incident near Budge Budge reportedly took place following an accidental explosion at the unit.

Police said the blast took place around 7.30am when workers were stacking packs of crackers in a storage room. “An investigation is on but no conclusive cause has been ascertained as of yet, ” said an official on Wednesday afternoon.

Eyewitnesses said they heard a “huge explosion”, which was followed by “rushing” balls of fire engulfing a section of the factory. A few persons were reportedly trapped in this area of the factory, but were rescued by fire brigade.

“A Budge Budge fire tender reached the spot not long after the breakout,” said an official. The deceased were Ashim Mondal, Atithi Haldar and Kakali Midye. All victims were residents of Mohanpur, the police said.

Atithi Halder was reportedly one of the “expert” cracker makers in the facility and was a close relative of the owner, Ashim Mondal, who also died in the incident.

“A group of workers was late to report today, but that saved them,” said a source.

Budge Budge is a major production-base for fireworks in the state and sees heightened activities during winter festivities. Around 100 families live in the area and are involved in the unorganised fireworks trade, most of which operate without safety rules or equipment.

Police sources said a few years ago, Ashim Mondal had set up the fireworks factory at his home in the face of objections raised by local residents. Thereafter, Ashim reportedly used to roll out sizable stocks of inflammable chemicals and gun powders for manufacturing and supply.

“We had been apprehensive of such an incident for a long time. Since he set up the factory, we had been in a state of panic. The impact of the blast was so strong that the roof of the room where the chemicals and crackers were stockpiled was blown off, ” a neighbour said.

Speaking to The Telegraph, superintendent of police, Diamond Harbour police district, Avijit Banerjee said: “Prima facie, it appears the raw material stacked inside the room accidentally caught fire and caused the blast. We have begun a probe and are examining other issues involved in the incident.”