Battery-run electric vehicles at 'Bhorer Alo', the mega tourism hub that is the initiative of the state government at scenic Gazoldoba near the Teesta barrage in Rajganj 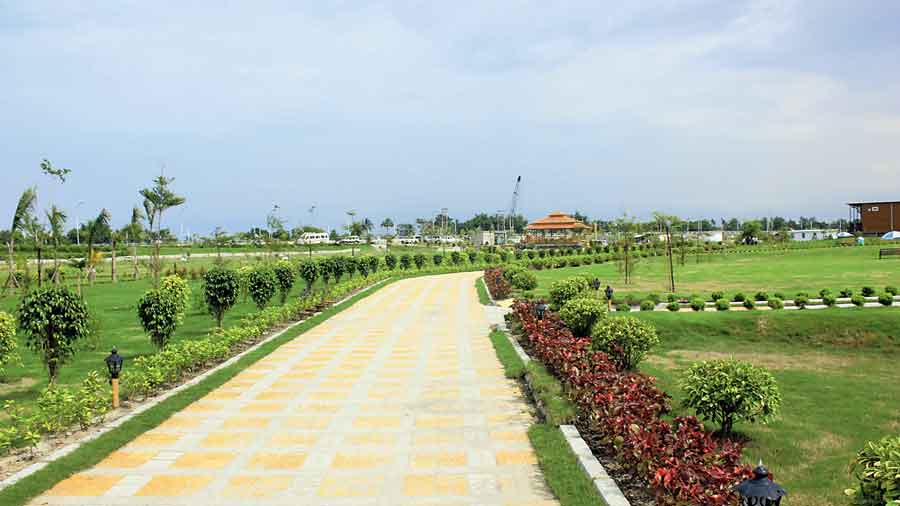 The state tourism department will introduce two eco-friendly, battery-run electric vehicles for tourists at “Bhorer Alo”, the mega tourism hub that is the initiative of the state government at scenic Gazoldoba near the Teesta barrage in Rajganj block of Jalpaiguri, ahead of the Durga Puja holidays.

Jyoti Ghosh, the joint director of tourism posted in north Bengal, who was here on Sunday, said: “We have decided to bring in two battery-run vehicles at the site ahead of Durga Puja. While six persons can sit on one vehicle, the other one will have a capacity to seat four people. The vehicles will carry tourists from the parking area to the cottages located on the site. The same vehicles will take guests to the golf course coming up at the site.”In due course, the department will buy more such vehicles, he added.

The tourism hub, which has come up over 210 acres of land and wetland, is a dream project of chief minister Mamata Banerjee. Back in October 2018, she inaugurated the site where cottages for tourists have come up, along with some additional attractions.

Ghosh said they had developed sewerage in the area to prevent flooding during monsoon. A water treatment plant has also been installed.

Sources at the department said they were waiting for a new committee of the Gazoldoba Development Authority formed by the state for the development of the site.

“The GDA has sent proposals for roads, streetlights, improved drinking water supply and an office (of the development authority), for an estimated Rs 16 crore to the state government. We hope the state soon announces a new committee and approves the proposals,” said Khageswar Roy, the MLA of Rajganj.

As of now, work of a steel bridge to link the tourism hub over the Teesta canal is on.

“The state PWD has taken up the project. Also, the parks and gardens wing of the state forest department is carrying out landscaping and beautification at the site. It will also set up an orchidarium (a place for permanent exhibit of orchids) in the hub,” said an official.