The tunnel-boring machine, sources said, will remain shut till Saturday 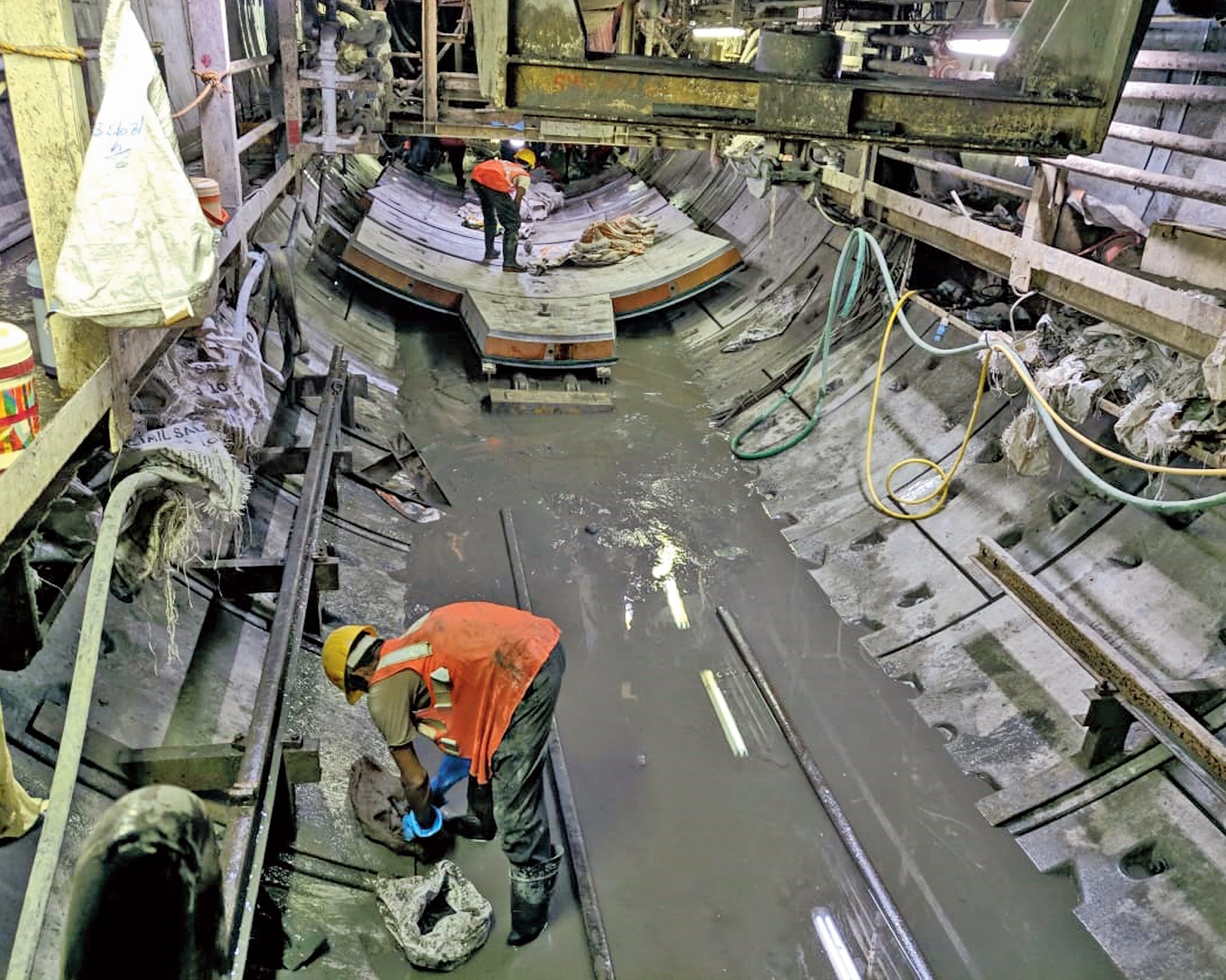 The tunnel-boring work of East-West Metro was stalled on Friday, hours after fresh cracks were spotted on some buildings in Chaitan Sen Lane in Bowbazar.

The lane is close to Gour De Lane, where a number of buildings had developed cracks or subsided after a tunnel-boring machine had hit an aquifer in August. The accident led to suspension of East-West work for around six months.

The tunnel-boring machine, sources said, will remain shut till Saturday. Engineers will inspect the buildings in the lane to find out whether the cracks were growing.

“If the cracks do not grow and fresh cracks do not appear, the tunnel-boring machine will resume work on Sunday,” said an official of Kolkata Metro Rail Corporation (KMRC), the implementing agency of the project.

The 16.5km East-West Metro will connect Salt Lake Sector V and Howrah Maidan, via a stretch under the river Hooghly.

A team of KMRC engineers visited Chaitan Sen Lane on Friday and spoke to residents, trying to allay their fears. Crack-meters have been installed and residents were assured that the fresh cracks would not affect the buildings.

“The cracks are very thin and they won’t cause the buildings to collapse,” an engineer told The Telegraph while he was talking to residents of the lane in the afternoon. “Some of the cracks have developed after the tunnel-boring machine crossed this part of the lane.”

KMRC had evicted several families from Chaitan Sen Lane before the machine resumed work a few days ago. Engineers said there was no need for further evacuation.