Duare Sarkar steps up to reduce crowds at camps

No rush, forms at door 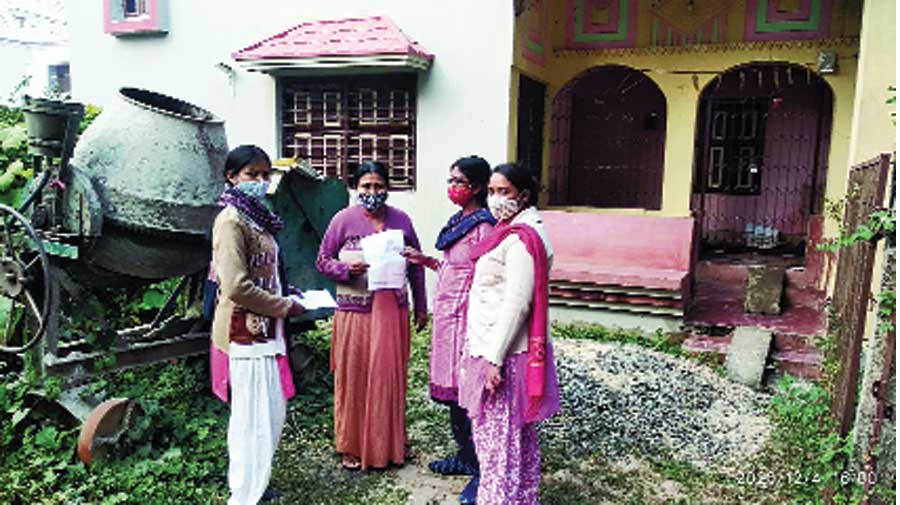 The Bengal government has taken the ongoing Duare Sarkar programme literally on the doorsteps of beneficiaries in many south Bengal districts through grassroots workers to reduce crowding at camps in view of Covid-19.

Workers of ASHA (accredited social health activists), members of women self-help groups and panchayat level employees at East Burdwan, Birbhum and Bankura have been asked to visit homes to distribute application forms for a slew of government schemes under the Duare Sarkar programme, and help people fill them up too.

Sources said the decision to distribute forms on doorsteps was taken as it was found that people had to queue up twice, first to collect forms and then submit filled-up ones. An official said apart from reducing crowds at camps, the move will also speed up the applications process.

The effort is significant as a Duare Sarkar camp had to be suspended at Barasat in North 24-Parganas on Friday because of huge crowding, not advisable amid the pandemic.

“Efforts are on to distribute forms at homes to avoid big queues at camps amid the pandemic. It will help in faster clearance of forms at the camps too,” said a senior district official in Birbhum.

The state government’s two-month Duare Sarkar, launched on December 1, aims to host over 13,000 camps across Bengal to include left-out beneficiaries under its flagship schemes. Nearly 10 lakh people have attended 750 camps in first three days.

Most beneficiaries had queued up to find out about the free health insurance or Swasthya Sathi scheme.

“We have already fielded our ASHA workers to visit households and distribute forms. As most people want to enrol themselves under Swasthya Sathi scheme, we have provided field workers with enough forms,” said Enaur Rahaman, the East Burdwan district magistrate.

An ASHA worker who went to distribute forms in a village on Burdwan outskirts said: “The move has been welcomed by people as they no longer need to stand in long queues to collect forms. We are also helping many to fill up forms.”

In an effort to decentralise the form distribution process, ration dealers have also been roped in the process in districts such Birbhum and Bankura. Ration dealers have been asked to keep forms for the Khadya Sathi scheme and distribute them to those who need it.

“As the goal of Duare Sarkar is to cover everyone under government schemes, distribution of forms on the doorstep will help people to visit camps only to submit filled-up applications. In the case of Khadya Sathi scheme, people can submit their forms at ration shops,” said Vijay Bharti, the Birbhum district magistrate. “We are also trying to organise additional camps where the turnout is huge,” Bharti added.

The effort is also being carried out in Jungle Mahal districts such as Bankura, Purulia and Jhargram where many people have very little idea about government schemes.

“ASHA workers are visiting households in remote areas of our district with forms and helping people to fill them up,” said Bankura district magistrate S. Arun Prasad.