New Town girl Aratrika Pal comes third in the country with an aggregate of 99.5% 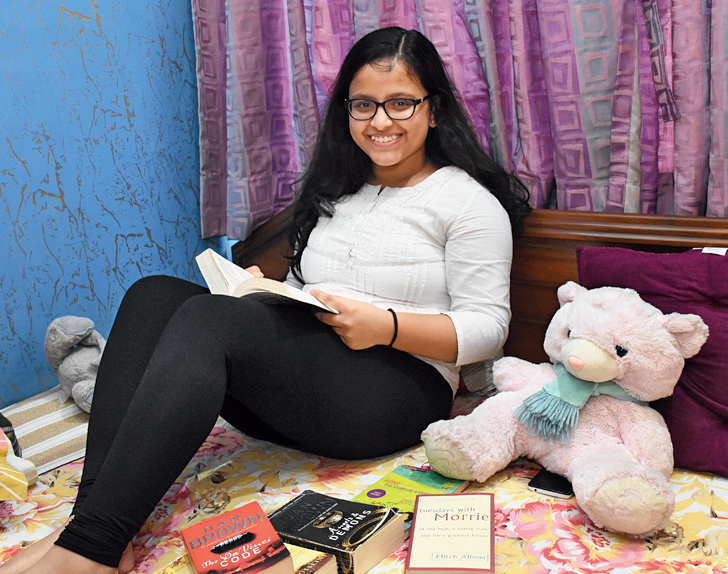 Please come a bit late. She might be up late studying,” said Aratrika Pal’s mother Indira Pal Datta when The Telegraph Salt Lake called her to fix an appointment. The ISC results had come out hours back and the New Town girl had come third in the country with an aggregate of 99.5 per cent.

But there was unlikely to be a let-up in her study routine with the Joint Entrance Examination (Advanced) just round the corner, on May 27.

On the day of the result, Aratrika and her mother were home. “But it was a friend, a year senior to me, who checked my score first on my request. When he called back it was a shock. Then we went online and saw it ourselves. Father rushed home early from work,” she said.

When classes were still on — Aratrika is a student of The Heritage School — she studied three to four hours at home. “I had a day of the week fixed for a particular subject. The weekends went mostly in coaching classes for JEE. So I had barely an hour or two for myself at home,” she said. 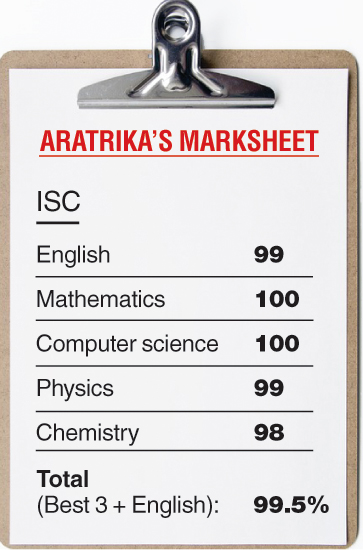 That is why Aratrika did not go for private tuition in individual subjects. “Studying on my own is much more important,” said the class topper.

The family shifted to New Town about eight years ago from Kaikhali. “I like it better here. The place is quieter. The complex has playground and a swimming pool.”

It is in school that she picked up swimming. “We had a weekly period for swimming till class VIII. One had to come up with a really good excuse to not get into the pool,” laughs the girl who has won a few medals in swimming contests in school. “Now I swim sometimes in our complex to relieve stress.”

She used to dance Bharatanatyam too since Class IV. But the last two years, she has not had time to put on her ghungoor. “May be I will resume practice now,” she muses. Any free time she has, she spends in writing essays and short stories and reading mysteries and thrillers. Her favourite authors are Dan Brown and Khaled Hossaini.

The only child of doctor parents, she has no intention of following in their footsteps. “I never liked biology. I want to study computer science,” says the girl who has already applied to National University Singapore and Nanyang Technological University. “They want my JEE advanced results.”

A keen debater in school, she is following the election campaign speeches though she doesn’t get to vote yet. “I think the political debates could be a bit more polished,” she shrugs.