CMC permission must before demolition; house owner to give undertaking that waste management rules will be followed 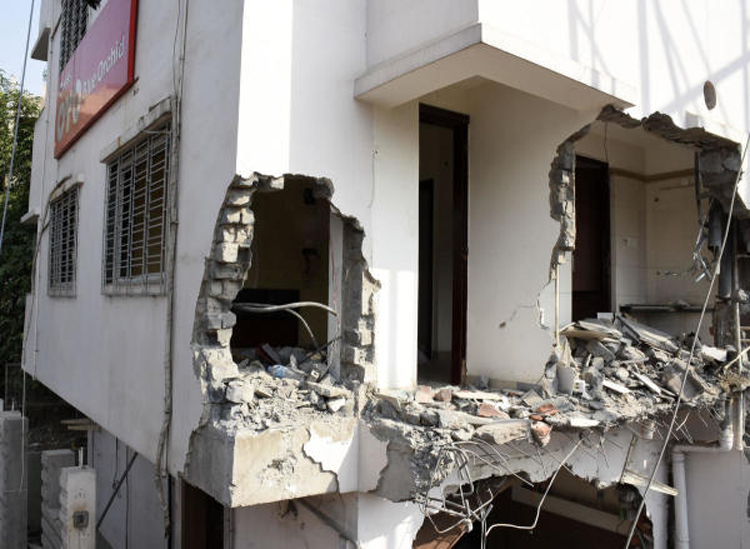 The current practice is to inform the civic body before starting a demolition. Once the rules are amended, a house owner will have to give an undertaking that the demolition will be carried out following waste management rules.
(The Telegraph file picture)
Subhajoy Roy   |   Calcutta   |   Published 15.01.20, 09:10 PM

House owners will have to take the Calcutta Municipal Corporation’s permission before demolishing houses and notify it about the amount of waste likely to be generated.

The corporation will amend its building rules to regulate the disposal of demolition waste, a civic official said.

The current practice is to inform the civic body before starting a demolition. Once the rules are amended, a house owner will have to give an undertaking that the demolition will be carried out following waste management rules, the official said.

Construction and demolition waste are considered to be prime contributors to air pollution.

Since there aren’t any protective covering while carrying out demolitions, dust is released in the air. Also, waste spills on to roads. Builders dump demolition waste on vacant lands or at the Dhapa ground.

“The objective is to ensure demolition waste does not mix with other solid waste and end up at the waste dumping site. Demolition waste can be recycled,” the official said.

Dumping demolition waste at the Dhapa site unnecessarily adds to the volume of waste at the ground, a CMC engineer said.

“The Dhapa dumping ground is almost full. Getting new places is next to impossible. We have to device ways to manage our waste so that most of it is recycled and only the portion that cannot be goes to the ground,” the engineer said.

Amending building rules is part of a larger initiative to modernise the waste management system in Calcutta, a CMC official said.

“It is possible to take out steel bars. The concrete, which is a mix of sand and cement, can be mixed afresh with cement and sand for new construction. There is a lot of possibility in recycling demolition waste,” Dubey, who teaches in the civil engineering department of IIT Kharagpur, said.

The amendment will make it mandatory for an architect or a licensed building surveyor — an engineer — to measure the quantum of waste likely to be generated. “The demolition must be undertaken under the supervision of an architect or surveyor,” the CMC engineer said.