Debate on autism and inclusion at Jadavpur University

The centre will be built on a 52-acre plot at Shirakol in South 24-Parganas, with a total capacity of 600 seats 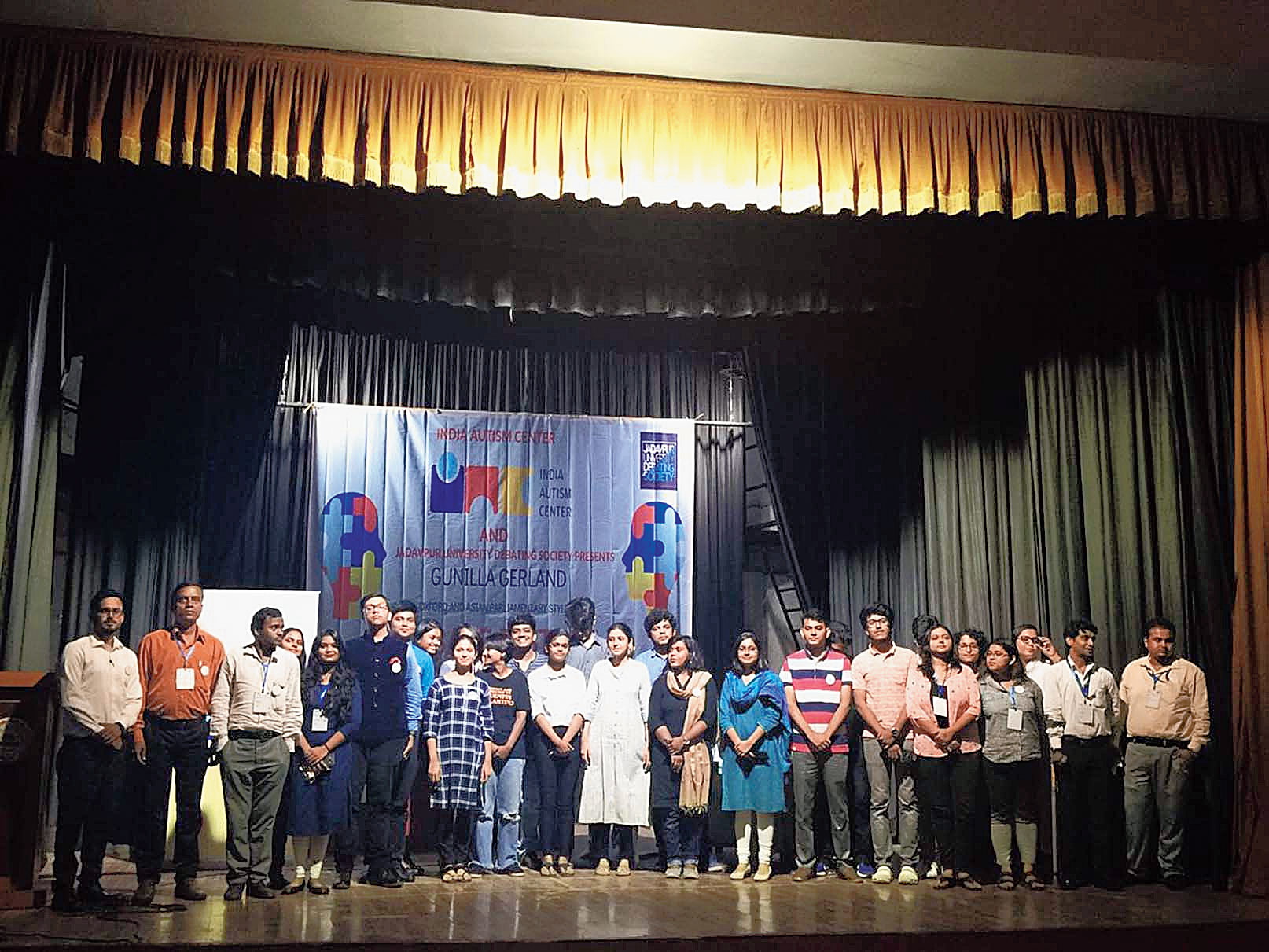 College students advocated the rights of individuals with autism at a debate held in the city on Friday.

Students from 15 institutions from the city and abroad took part in the inter-college debate organised by India Autism Center, an upcoming centre for individuals with autism, in association with Jadavpur University.

The centre will be built on a 52-acre plot at Shirakol in South 24-Parganas, with a total capacity of 600 seats. The centre will provide comprehensive care for autism and is expected to be completed by 2022.

The motion of the debate was “Inclusive community living pushes the differently abled more towards institutionalised residency”. Loreto College was declared the winner.

The idea of organising the debate is to make the youth understand and accept those with autism better so that such individuals are included in society.

The organisers felt it is imperative to create awareness among the youth because they can initiate a change in society.

“The only way to give dignity to these individuals is by understanding, accepting and including them. The individuals who are under the spectrum have abilities and specific talents that need to be recognised,” said Suresh Somani, the chairman and managing director of India Autism Center, an initiative of Ratnabali Group — a company that invests in the stock market.