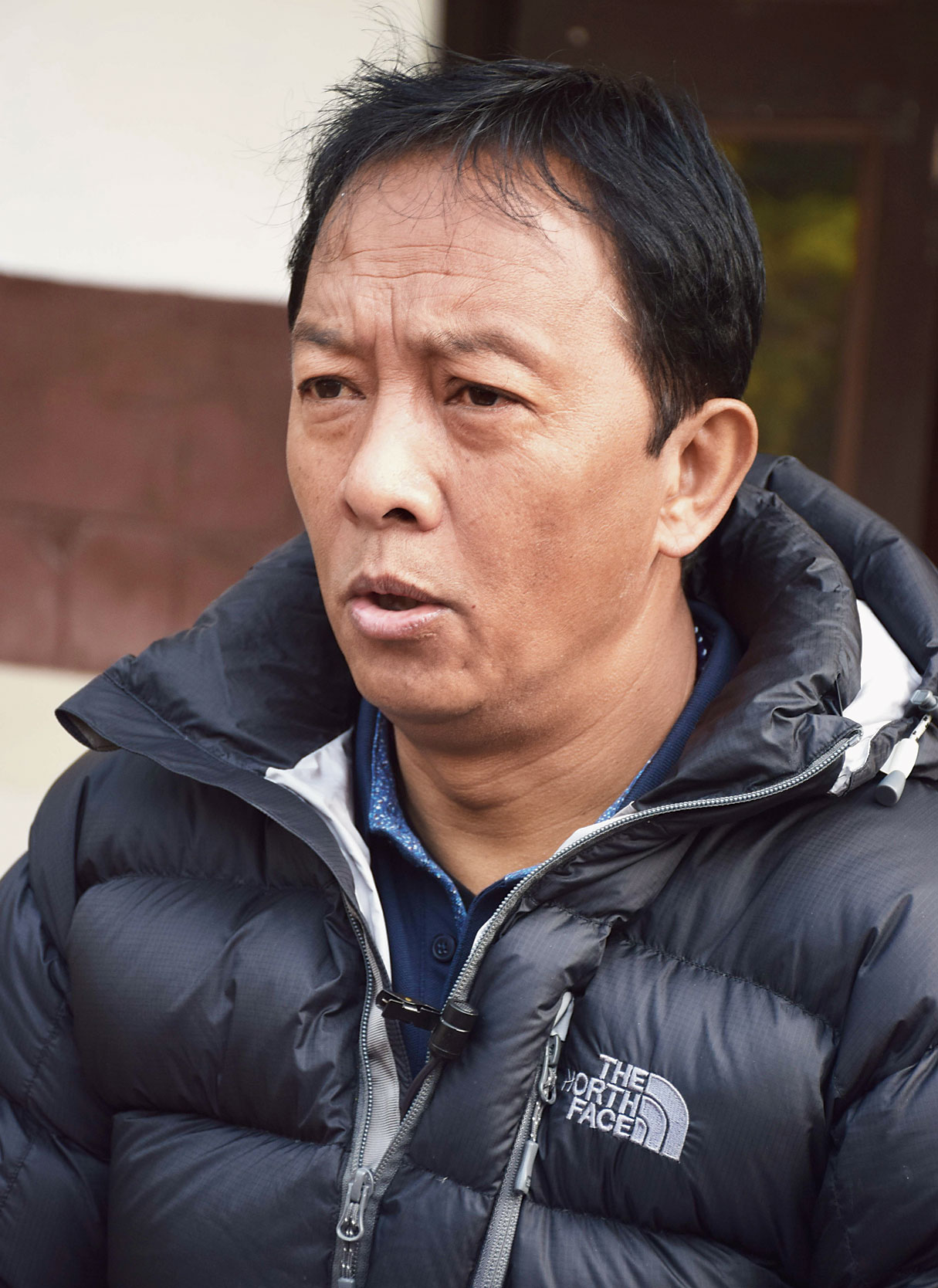 Binay Tamang, the president of the Gorkha Janmukti Morcha, said his party was committed to abiding by the“no-strike” policy announced by it after the 104-day shutdown.
(Passang Yolmo)
Vivek Chhetri   |   Darjeeling   |   Published 07.01.20, 07:24 PM

The Darjeeling hills is unlikely to be affected by the 24-hour general strike called by the central trade unions on Wednesday as most local parties said the region could not afford another shutdown.

The hill parties have, however, extended support to the issues raised by the unions.

The 104-day statehood shutdown in the Darjeeling hills in 2017 was cited by most of the local political parties while speaking against another shutdown.

The decision of the hill parties will be a major relief for tourist in Darjeeling.

Binay Tamang, the president of the Gorkha Janmukti Morcha, said his party was committed to abiding by the “no-strike” policy announced by it after the 104-day shutdown.

The Morcha had “come out with a policy of no strike in the hills and tomorrow we will stand by our principle of no-strike zone in the hills”, Tamang said in a written statement.

He, however, said the Morcha supported the issues raised by the trade unions. “I would like to reaffirm that we are with the trade unions who have called for a Bharat Bandh against the economic policies of the BJP-led government at the Centre.”

The Gorkha National Liberation Front (GNLF), a rival of the main Binay Tamang camp of the Morcha, spoke on similar lines.

Ajoy Edwards, the president of the GNLF Darjeeling branch committee, said: “We empathise with the sentiments of the trade unions but in Darjeeling we cannot afford shutdowns, especially after the 104-days general strike. It will do no good to our hill economy.”

The GNLF leader appealed to the general public to go ahead with their normal activities on Wednesday.

Edwards said he had spoken to Saman Pathak, Citu general secretary, and requested them not to press for a strike in the hills.

Pathak, also a former Rajya Sabha MP, said his union had only appealed to the hill people to support the issues raised by them “in principle”.

“However, we will not be enforcing the strike in the hill areas tomorrow as we also believe that after the 104-day strike, the people are already distressed.”