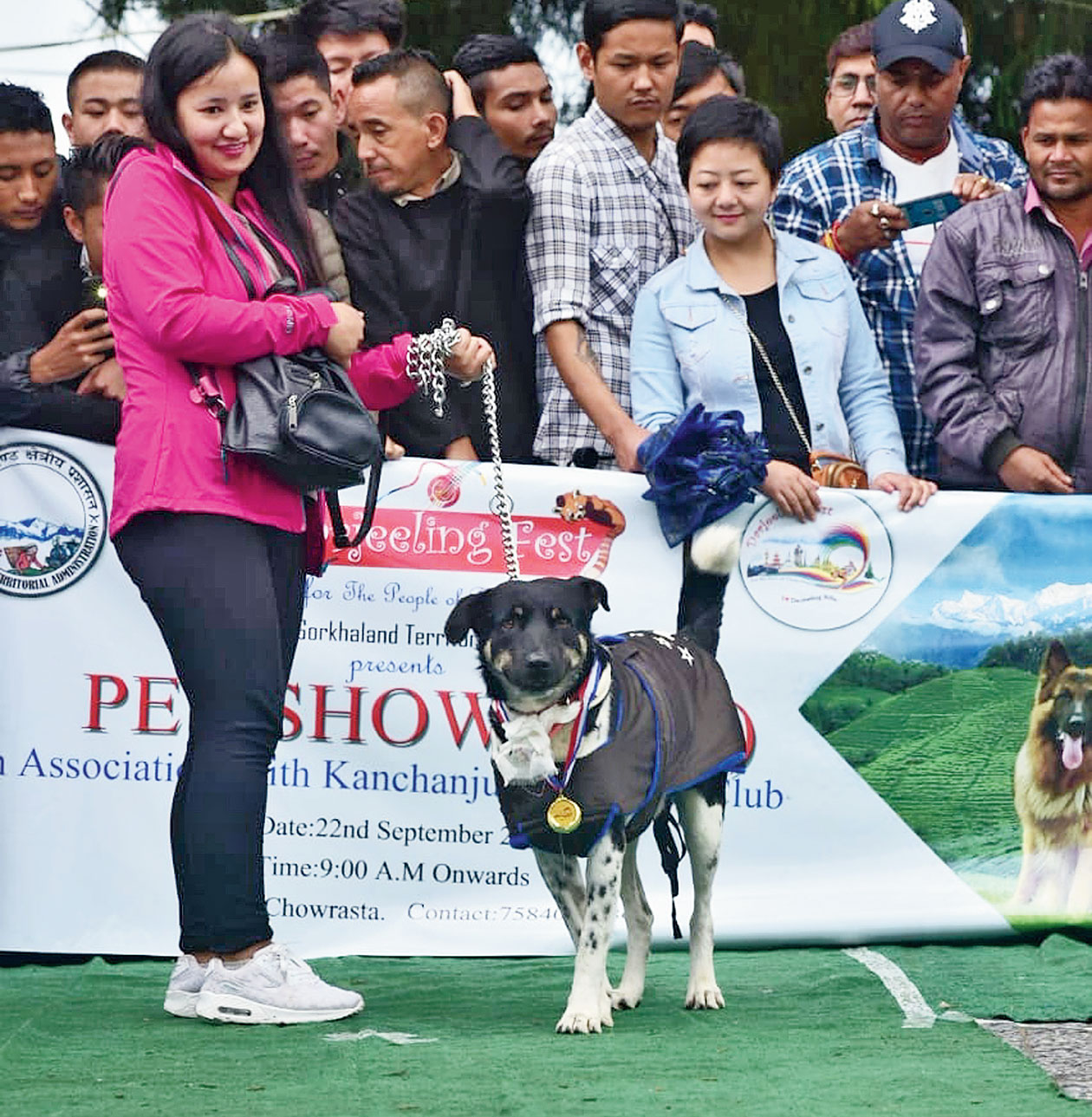 The St. Bernards, Huskies and Dobermans, which had certificates to prove their great “bloodline”, on Sunday stood aside for Tiger.

The four-and-half-old mixed-breed dog was handed a bravery award at a pet show at the Darjeeling Fest here. Amarnath K, the Darjeeling police chief, did the honours.

This Tiger earned its stripes on August 14 this year when it saved the life of Aruna Lama, its 58-year-old owner, from a leopard that had sneaked into her storeroom at Sonada, 16km from here. “I am really happy with this honour for Tiger,” Smriti, Aruna’s daughter, said .

Suraj Sharma, one of the organisers of the fest, explained why they had picked Aruna’s saviour. “Participants from Calcutta, Sikkim and Siliguri have come to the dog show but we decided to felicitate Tiger for saving a life.”

Recalling that night, Aruna said she and her mother had heard chickens clucking. “I and my mom went to the godown and our initial thoughts were that a mongoose might have entered the godown,” said Smriti.

As soon as the duo walked in, they spotted a pair of eyes glowing in the dark. “I thought it was a leopard but by then the door of the godown had shut,” Smriti recalled.

The leopard then attacked Aruna. “As she was being attacked, Tiger came and started fighting the leopard,” the daughter added.

The fight lasted a few minutes and, eventually, Tiger chased the leopard away. “It was because of Tiger that my mom was saved,” Smriti said, recalling that her mother required several stitches.

The “bloodline” of Tiger is unknown. He had simply walked to the Lamas’ house during the 2017 statehood agitation. “Tiger would come and we used to feed it. Then, it started staying with us,” said Smriti. Little did they know they had adopted a “saviour”.