The barricade also worked as a bulwark against poachers 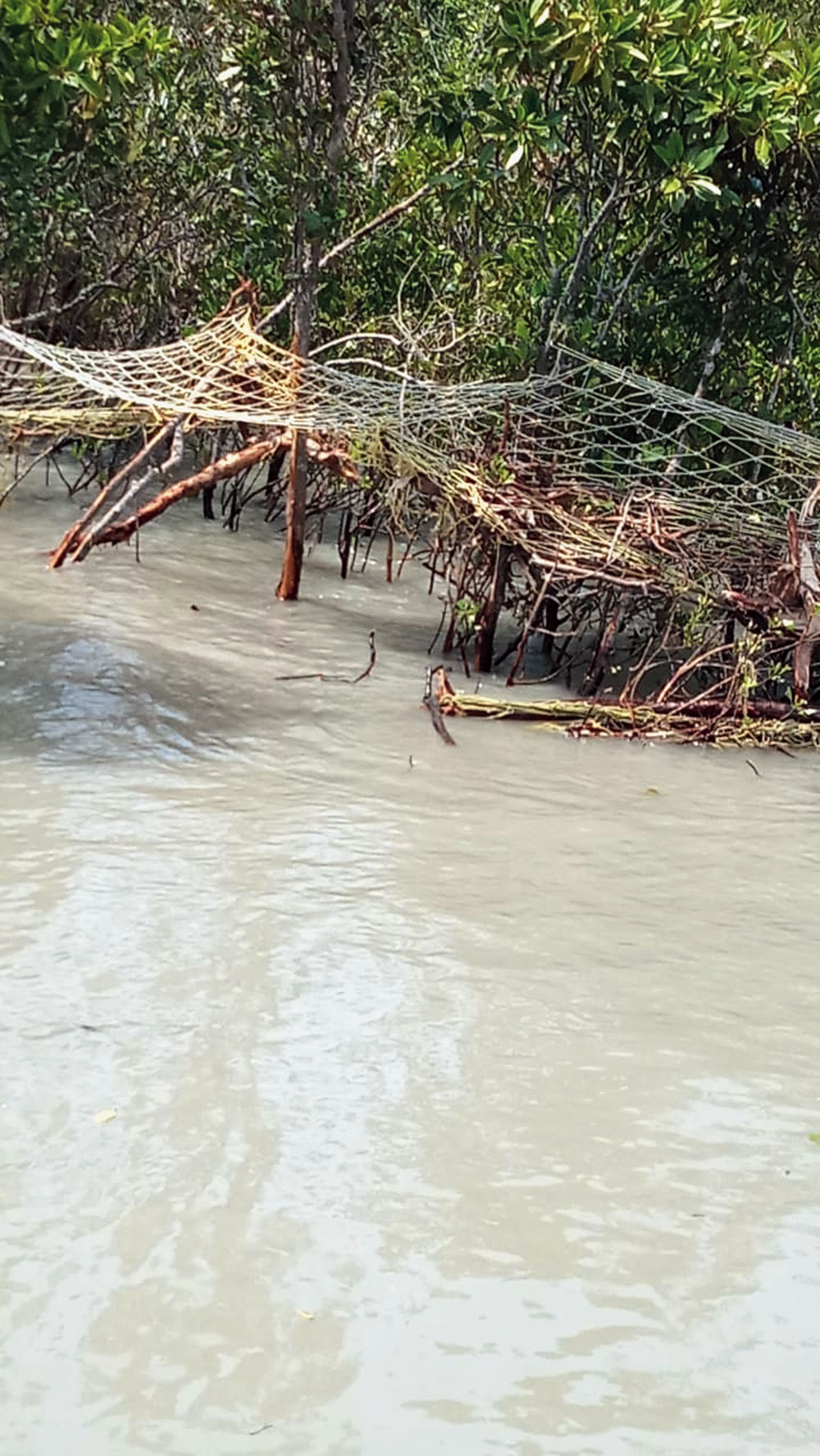 Cyclone Amphan has damaged almost the entire nylon fencing that had been erected to prevent tigers from entering human habitation in the Sunderbans, triggering fears among forest officials of a recurrence of man-animal conflict in Bengal’s largest tiger reserve.

Apart from preventing tigers from straying into villages bordering Bangladesh, the fencing also worked as a bulwark against poachers, forest officials said.

“The entire nylon fencing has been blown away in the cyclone and we have to restore over 100km-long nets again. Since the fencing was set up, the number of attacks by tigers on humans had almost come down to zero. It is a matter of serious concern and we are trying to rebuild it,” said forest minister Rajib Banerjee.

Earlier, forest officials had estimated that part of the 52km-long fencing in the coastal areas had been affected, but after primary assessment it was found that the entire fencing had been wiped out.

Sources said the work to set up the nylon fencing was first started in 2002 on a 7km stretch in a village adjacent to the Sunderbans tiger reserve.

“As the net ploy worked, the entire area was covered to prevent man-animal conflict. The job to rebuild the nylon fencing will take at least four months and we don’t know how we will prevent tigers from straying into the villages,” said a senior forest official in the Sunderbans.

Forest officials said that as a primary measure they were trying to fix the net at half a dozen points that were preferred by tigers to sneak into human habitats.

“We have already started work to restore the nets at points through which tigers trespass. Our guards are keeping a vigil in the area to detect tiger movement,” said Santosha G.R., the divisional forest officer of South 24-Parganas.

The forest department’s census carried out between November 2019 and January this year had counted 96 Royal Bengal Tigers in the Sunderbans.

Apart from the fencing, dozens of forest camp offices, tents, watch towers and staff quarters have been damaged in the cyclone.

“We are yet to assess the total damage in the Sunderbans but it would not be less than Rs 200 crore,” forest minister Banerjee said.

Amphan has felled thousands of trees in the Sunderbans. In the coastal belt of East Midnapore, lakhs of trees have fallen to the cyclone’s fury. The forest officials have deputed guards at 19 points to prevent pilferage of timber from the forest.

“Lakhs of trees in the forest areas have fallen due to the cyclone. We have deployed guards,” said Swagata Das, the divisional forest official of East Midnapore.