Cricket facility to come up on NBU campus 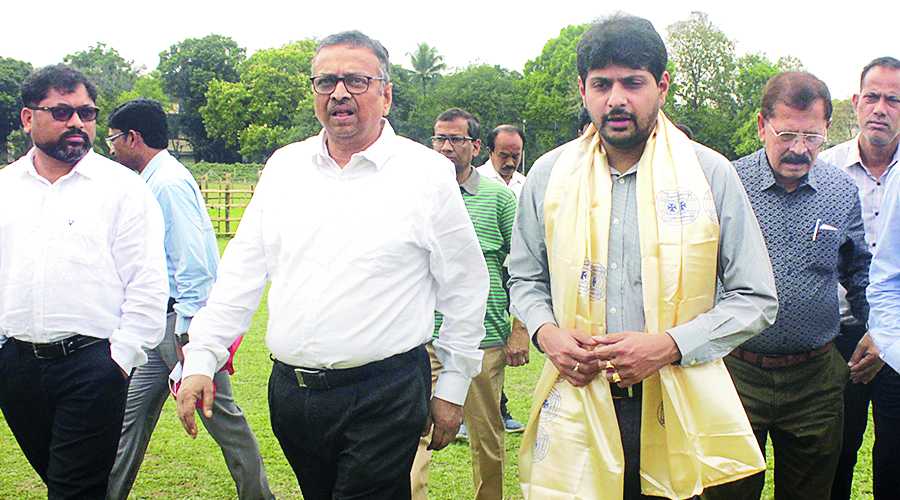 The Cricket Association of Bengal (CAB) — the apex body of cricket in the state — will join hands with the North Bengal University (NBU) on the outskirts of Siliguri to develop cricket infrastructure at the varsity.

Avishek Dalmiya, the CAB president, who visited NBU on Thursday, said they have drawn up the plan for the facility at the varsity.

It would be the third such facility at any varsity of the state after Kalyani University and Jadavpur University in Calcutta.

“We have taken up the initiative to develop infrastructure for cricket in north Bengal so that promising cricketers can get a proper platform to hone their skills and can excel further. During the process, Subires Bhattacharyya, the vice-chancellor of NBU, has given us a proposal to sign a memorandum of understanding (MoU) with them so that we can develop a full-fledged cricket infrastructure on the varsity campus,” said Dalmiya.

He said discussions were held a number of times and the “letter of intent” of the project was ready.

“We inspected the ground facilities here and will now send a draft of the MoU to the varsity. This will be followed by signing of the MoU and we will then take up the task to develop a state-of-the-art facility for cricket in NBU,” the CAB president added.

Sources said that at the NBU, the authorities identified the multipurpose sports ground spread over an area of around 10 acres for the project.

According to CAB sources, they will initially prepare the ground, set up proper training facilities and build a players’ changing room at the site.

It is hoped that these would come up within the next three months, said a CAB source.

“It will be the first exclusive cricket ground in Siliguri subdivision. The facility will be raised to host first class cricket matches and matches of tournaments under the  Board of Control for Cricket in India,” said a CAB official.

He said that they visited some cricket grounds in Cooch Behar and South Dinajpur districts where Ranji Trophy matches are being played.

“But none of these grounds are under the direct control of CAB. The one we are planning at NBU would be the first such ground in north Bengal,” the official added.