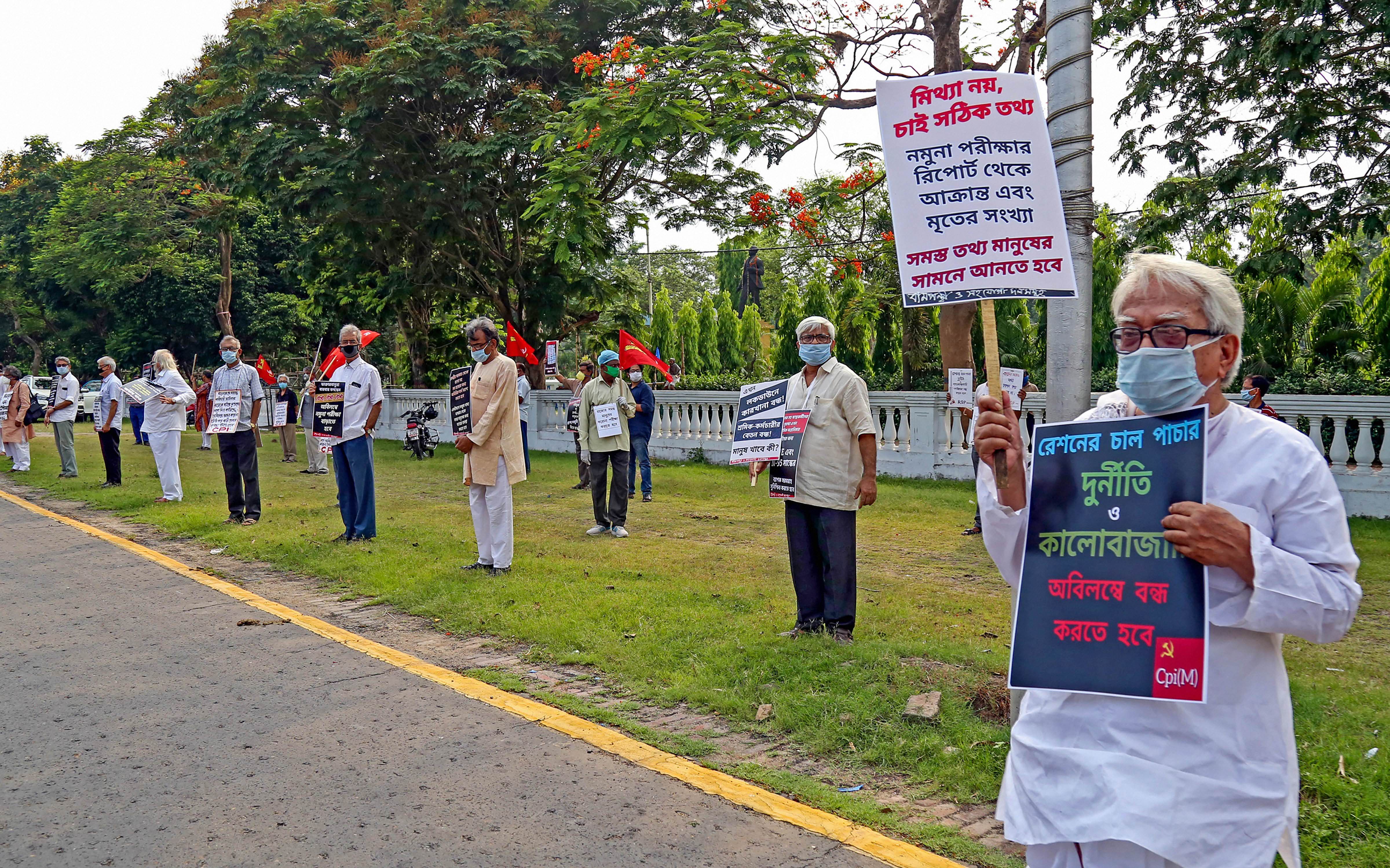 Left Front Chairman Biman Bose with other left leaders participates in a protest against the lack of COVID-19 testing in West Bengal and irregularities in ration distribution, in Calcutta
(PTI)
Arkamoy Datta Majumdar   |   Calcutta   |   Published 18.04.20, 10:52 PM

Left leaders, including Left Front chairman Biman Bose, were arrested from Red Road on Saturday for violating lockdown protocols, prompting many to wonder whether such public display of grievance was necessary less than a fortnight after their meeting with chief minister Mamata Banerjee.

Answering criticism about the need for such protest during the lockdown, CPM state secretary Surjya Kanta Mishra said the chief minister did not say no to their demands when they met her at Nabanna on April 7. “But those are not being implemented. Even what she is saying at her media briefings at Nabanna is not being implemented on the ground.”

Bose said before his arrest: “The state government isn’t coming clean on the number of Covid deaths. The government is not conducting sufficient Covid-19 tests in Bengal. Our protest is against several shortcomings of both the state and Union governments.”

Many, however, questioned the Left for its street show instead of emulating the Kerala model of all parties coming together to fight the disease.

Responding to the criticism, a Left leader said: “Let the government first emulate the Kerala model in containing the spread of Covid-19.”