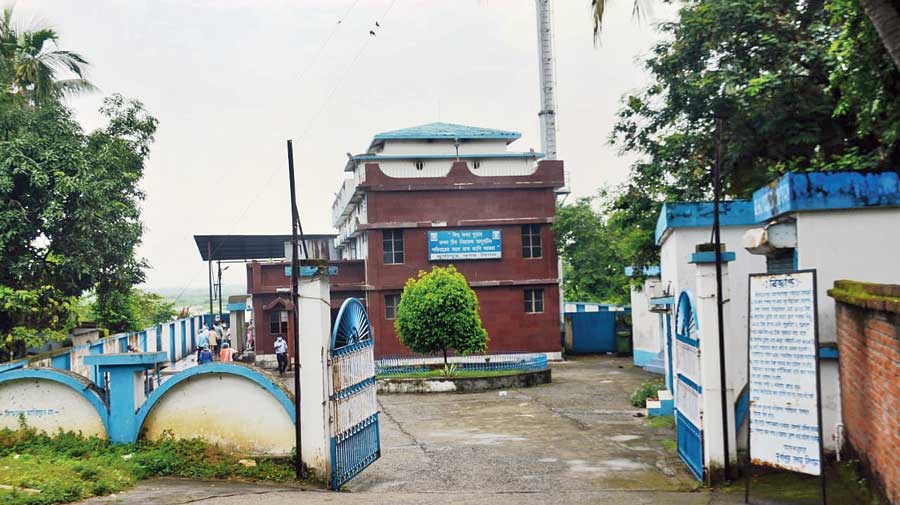 Relatives and friends who came to cremate the bodies of Covid-19 patients at the lone electric crematorium in the industrial city have complained that handlers charged “arbitrary fees” and harassed them, forcing the administration to try and take steps to stop the alleged extortion racket.

“We have received some complaints of extortion and harassment by doms at the crematorium. We have set up a committee that will look into these grievances,” said Arghya Prashun Kazi, the subdivisional officer (SDO) of Durgapur in West Burdwan district.

SDO Kazi has iterated the cremation service was free of cost for the bodies of Covid-19 victims.

However, in their complaints, the bereaved have said that crematorium handlers or doms were forcing them to cough up anything between Rs 15,000 and Rs 20,000 for each body for the last rites. Complainants said though the government offers the service free of cost for victims of the pandemic, they had to shell out money.

One of the complainants, Ranjan Mitra, said his brother Adeep Mitra, 45, died of Covid-related complications on Tuesday night at a private hospital. When he took the body to the crematorium at Birbhanpur, handlers asked him for Rs 15,000 for carrying the body to the electric furnace.

“When I refused, they said they won’t carry the body to the furnace. I pleaded but they were adamant,” said an inconsolable Ranjan, a private firm employee.

Ranjan said he then approached a police patrol team nearby for help. “The police officer on duty intervened and settled the matter after persuasion. But once he left, the handlers were back with their cash demands. They finally agreed to lift the body after we paid them Rs 4,000,” he said.

Adeep’s body was cremated after a three-hour tussle around 3am on early Wednesday, Ranjan said. He later lodged a complaint with the subdivisional officer of Durgapur where he reported his ordeal at the crematorium.

Another resident, Chandan Bhowmik, said he had to pay Rs 10,000 to handlers at the crematorium for carrying his father’s body to the electric furnace last week.

“I was mentally upset after losing my father and at that vulnerable time, the doms forced me to pay Rs 10,000 for a service that I was supposed to get for free,” said Bhowmik.

Private company employee Ganesh Chakraborty had to pay Rs 1,500 to the handlers who carried his father’s body. His father was not Covid positive but died of a heart attack, he said. “We were unable to carry the body. But the doms demanded Rs 4,000. They did the job only after I paid them Rs 1,500,” said Chakraborty.

Durgapur civic authorities, who run the crematorium, said because of the rush of Covid bodies they had assigned the job to a private agency.

“On an average we handle around 15 to 20 bodies daily but because of the pandemic the number of bodies has doubled. We have assigned an agency only to handle the bodies of Covid-19 victims,” said a civic body functionary.

The crematorium at Birbhanpur has only two electric furnaces. The time for cremating Covid-19 bodies is between 5pm and 7am.

The Durgapur administration met some of the complainants, civic authorities and the police on this issue and set up a committee, including policemen and civic authorities, to be present throughout the time of cremation, the SDO said. “The committee will smooth out any kind of problem people may face,” he said.

The SDO said he received complaints of extortion by ambulance operators for carrying patients, including those with Covid. Some ambulance operators have been asking for sums between Rs 6,000 and Rs 12,000 from patients for rides of less than 10km. “We are also conducting vigilance in front of hospitals and ambulance stands to check this menace,” the SDO said.