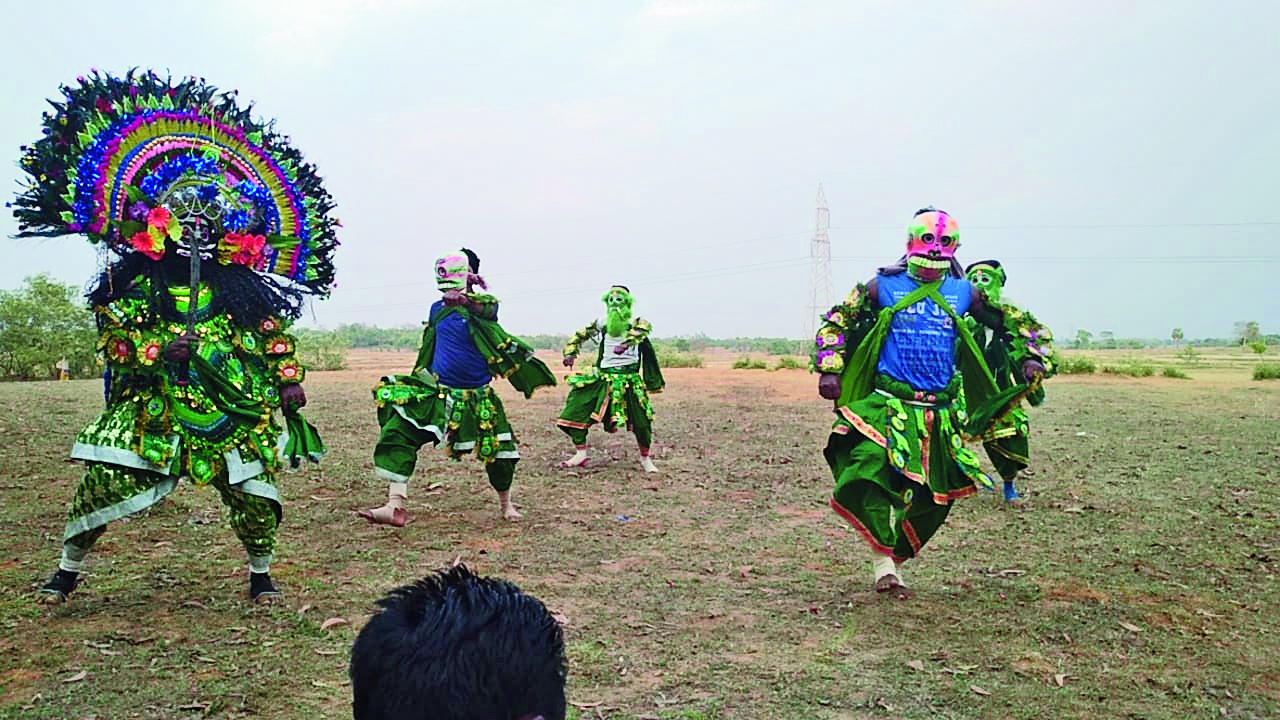 The Bengal government pays them a monthly allowance to ease the pangs of abject poverty. Now, a group of chhau dancers in Purulia have pooled in money from the same dole to contribute Rs 10,100 to the chief minister’s relief fund to battle the coronavirus.

The selfless act of the chhau dancers, who set aside their own miseries that have been compounded by the lockdown, has moved a minister so much that he has called it the “best donation made to the chief minister’s relief fund”.

“I was surprised when the chhau dancers told me that they wanted to donate money to the CM’s relief fund. They are very poor people; it’s a huge donation to make,” said Dhrubapada Sandilya, the BDO of Balarampur.

A group of 10 chhau dancers from Chhoto Urma village in Balarampur had last week planned to donate to the chief minister’s relief fund, but could not as most of them did not have Rs 100 to spare from their paltry means.

The chhau dancers get the bulk of their assignments during summer, but the pandemic and the resultant lockdown have hit them hard.

“It is a remote village and the villagers are poor. So our plan had to be cancelled. But as soon as we received the monthly remuneration of Rs 1,000 from the state government on April 13, we did not delay in contributing,” said Sanjay Mahato, who led the team to the BDO’s office.

Asked why they donated the money despite their abject poverty, he said: “The present situation has left us worried and we thought our small contribution will help those who need it.”

The BDO was not aware that the chhau dancers had made the contribution from the state government’s Lok Prasar Prakalpa. To help rural artistes overcome the financial crisis during the lockdown, the state government has deposited the remuneration for the months of April and May (Rs 2,000 each) at one go.

There are around 6,000 families in Purulia who are professional chhau dancers. These artistes are mostly poor and work as farm or construction labourers when they do not perform.

Puran Mahato, a chhau dancer who also works as a labourer, said he only had Rs 50 in hand when the decision to donate to the relief fund was taken. But as soon as he got his remuneration, he made the donation. Puran has to feed a family of five, including his elderly mother, and he is the sole bread-winner.

“I will manage my family expenditure from the money I have. I know my contribution is too little but I am happy after making the donation,” said Puran, 43.

Santiram Mahato, minister and Balarampur MLA, said it was probably the “best donation made to the chief minister’s relief fund”.

“Many people are donating but what the chhau dancers have done is unparalleled. It will inspire others,” he said.

The chhau dancers have not stopped with the donation. To spread awareness about Covid-19, they have shot a dance drama using mobile phones.

District officials said the dance drama would be circulated on social media.