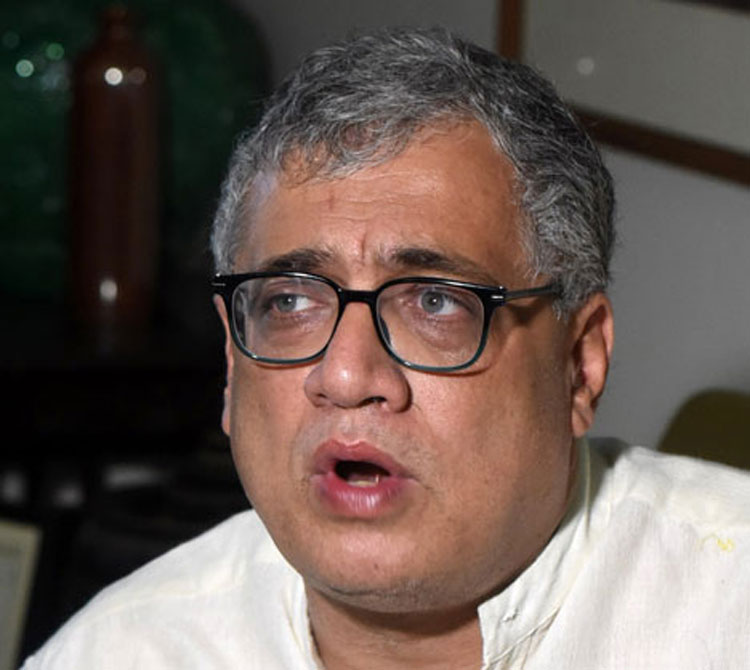 The Trinamul Congress on Wednesday accused the Election Commission of bias and alleged that the IPS officers appointed by the panel recently were having “secret parleys” with the BJP and might “endanger the life of” Mamata Banerjee.

A Trinamul delegation led by its leader in the Rajya Sabha Derek O’Brien visited the commission headquarters in New Delhi, seeking immediate intervention and action.

In a memorandum submitted to the commission, Trinamul alleged that the IPS officers appointed as replacements of the police commissioners of Calcutta and Bidhannagar, besides the district police chiefs of Diamond Harbour and Birbhum had been acting “in tandem with the BJP leaders”. The ruling party didn’t point finger at the new Cooch Behar district police chief.

“… the present incumbents to the aforesaid posts have no significant experience for the duties they have been assigned to. On the contrary, some of them are having secret parleys with and taking suggestions from a few provincial and central leaders of the BJP, which requires immediate inquiry and action,” read the memorandum signed by O’Brien, Rajya Sabha member Sukhendu Sekhar Ray and former MP Chandan Mitra.

Although the memorandum did not mention the names, it effectively levelled the allegations against new police commissioners of Calcutta and Bidhannagar, Rajesh Kumar and N.R. Babu, respectively, and Birbhum district police chief A. Ravindranath and his Diamond Harbour counterpart Srihari Pandey.

“This situation, we strongly feel, may not only affect the right to vote of the electorate, but also endanger the life of the honourable chief minister, West Bengal, and other protectees if these newly appointed officers are allowed to continue to act in tandem with the BJP leaders,” the memorandum said.

Administrative sources, however, said the allegation was “outlandish”. “Those officers have no bearing on the security of the chief minister and other high-profile protectees. That is handled by director (security) Vineet Goyal, who has not been replaced,” said a Nabanna official.

Bengal BJP president, Dilip Ghosh, said: “The EC has disrupted Mamata Banerjee’s plans of rigging the polls by replacing her police officers. She is now crying foul knowing that she will lose the polls.”