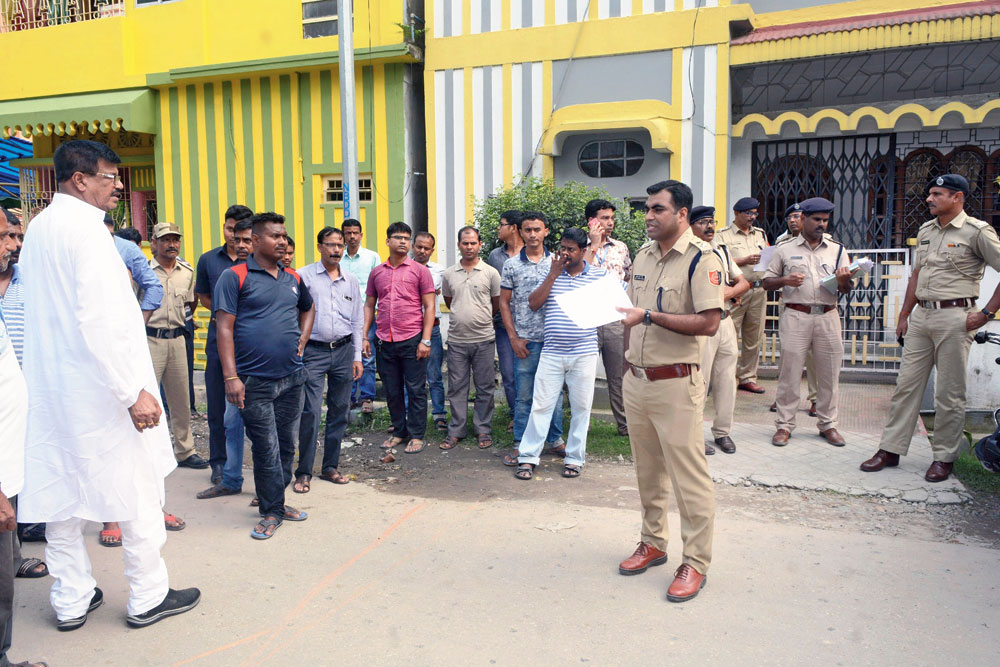 The BJP’s main office in Cooch Behar’s Tufanganj was ransacked by suspected Trinamul supporters on Tuesday night in a continuing spasm of post-poll violence that began in the district two days ago.

The incident happened 24 hours after four BJP supporters were attacked at Sitai in the district. One of them was shot by suspected Trinamul supporters while three others were beaten up with rods and sticks.

“A group of Trinamul workers, who were led by some leaders of the party, had attacked our party office in Tufanganj at night. They tore party flags and festoons and ransacked the office. This is the seventeenth time that our office was attacked,” said Prasenjit Basak, the president of Bharatiya Janata Yuva Morcha in Tufanganj.

Tanu Sen, a TMCP leader, was behind the attack, Basak alleged.

As the news spread, police rushed to the spot. Some BJP leaders and workers also went to the office. They resorted to demonstration and threatened to ransack the Trinamul office in the town in a similar manner.

Sen denied the allegation. “The incident is fallout of inner rivalries within the BJP. There are several lobbies in the party and they keep on fighting against each other. I am not involved in it,” said the TMCP leader.

Rabindranath Ghosh, the NB development minister and district Trinamul president, blamed the incident on infighting within the BJP.

On Wednesday, a drama unfolded at Gunjabari near the Government Polytechnic, the counting centre in Cooch Behar town, as Ghosh had an altercation with Amit Kumar Singh, the district police chief, over setting up of a camp office of the party.

Sources said Singh and some other officials asked the Trinamul workers to remove the camp. Singh was posted in Cooch Behar a day ahead of the Lok Sabha polls. The Election Commission had instructed transfer of Abhishek Gupta, who was the SP in Cooch Behar then and Singh had replaced him.