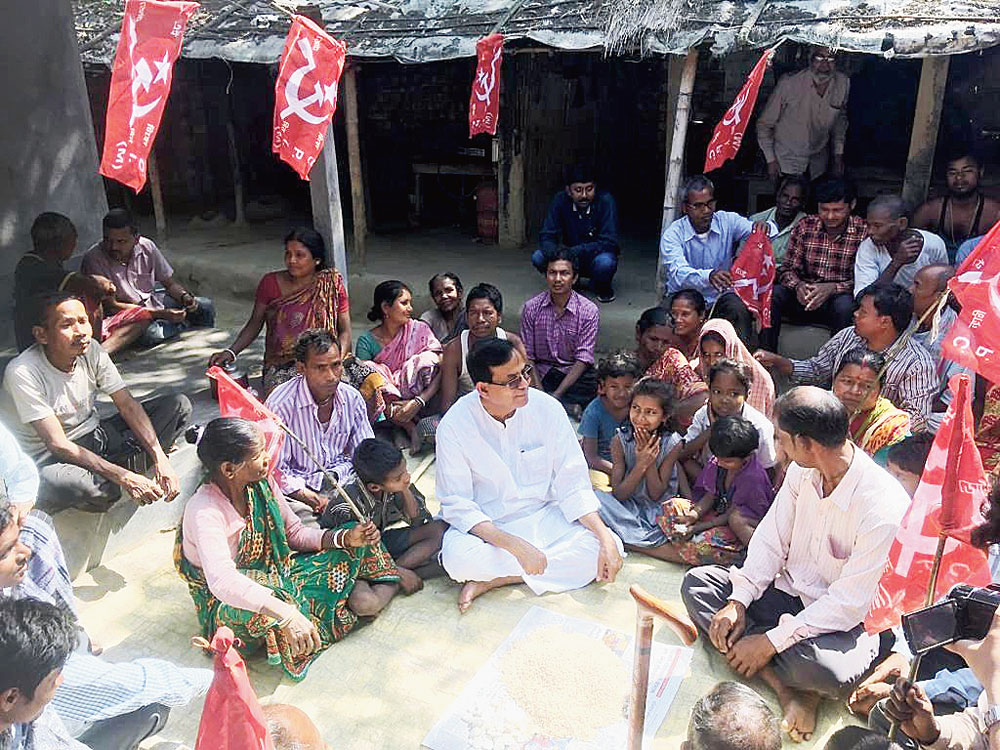 Congress leaders will not campaign for Raiganj CPM MP Mohammad Salim’s re-election, saying they are unhappy with their party’s decision to concede the seat to the Left.

Mohit Sengupta, the Congress chief of North Dinajpur under which the seat falls, said every “party worker is disappointed with the decision to leave seat to the Left”.

“The district has always been a stronghold of the Congress and in 2014, we had lost it to the CPM (Salim) by only around 1,700 votes. This time, none of our workers and leaders will organise or participate in campaigns to support the candidate of any other party,” Sengupta said.

But Salim, who has started campaigning, exuded confidence about retaining the seat. “There might be some minor issues but these will be resolved in due course,” Salim said.

Senior Congress and Left leaders have decided to leave the Raiganj and Murshidabad seats for the Left, which had won both in 2014. “We are confident people in Raiganj will vote against Trinamul and the CPM,” Sengupta said.

The remarks have not gone down well with Trinamul, which has never won the Raiganj seat. This time, it has fielded Kanaialal Agarwala, an MLA and the civic chief of Islampur.

“He (Sengupta) is indirectly speaking in favour of the BJP. The Congress has lost support. We will win the seat,” said a Trinamul leader.

Left and Congress eye joint declaration of nominees in Bengal