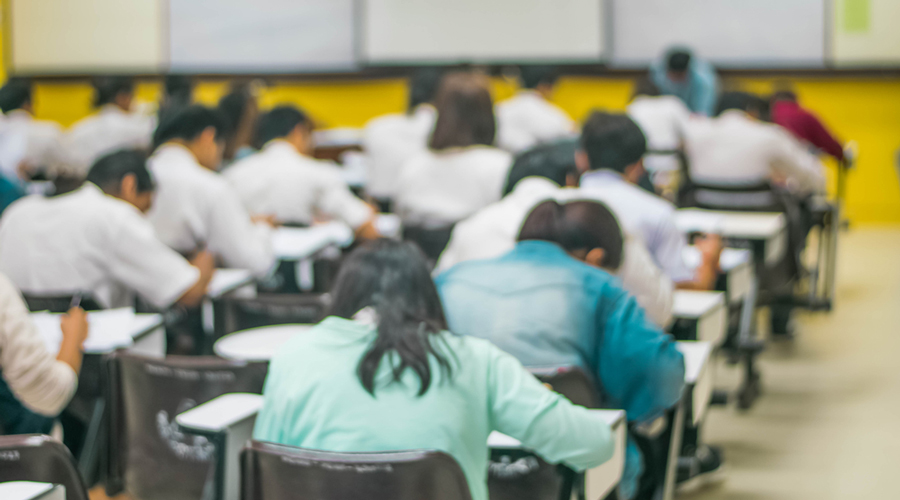 The national entrance test for admission to law schools is scheduled on September 7, when Bengal is to be under a complete lockdown. Students and parents are worried how they would reach the exam centres and whether they would be allowed to step out of home at all.

A senior official of the Consortium of National Law Universities that conducts the Common Law Admission Test (CLAT) told The Telegraph on Thursday afternoon that the exam was still on schedule but they had yet to take the final decision on whether separate arrangements would be made for Bengal.

The Bengal government’s lockdown calendar for next month, announced on Wednesday, includes September 7, a Monday. Only emergency and essential services are allowed during a complete lockdown, and facilitating exams is not part of either.

“We came to know about the Bengal government’s decision last (Wednesday) evening. A meeting of the executive committee of the consortium will soon be held to decide whether it will be possible to conduct the CLAT on September 7 (in Bengal). The decision will be conveyed to the students accordingly,” Faizan Mustafa, vice-chancellor of the NALSAR University of Law, Hyderabad, and a member of the executive committee of the consortium, said.

Bengal education minister Partha Chatterjee told The Telegraph: “Our stand on the law school admission test is the same as that on JEE and NEET.”

Bengal, like several other states, has opposed the engineering and medical entrance tests (scheduled from next week) in the middle of the pandemic.

The CLAT is held to admit students to 22 national law universities across the country. The National University of Juridical Sciences (NUJS) in Calcutta is one of them.