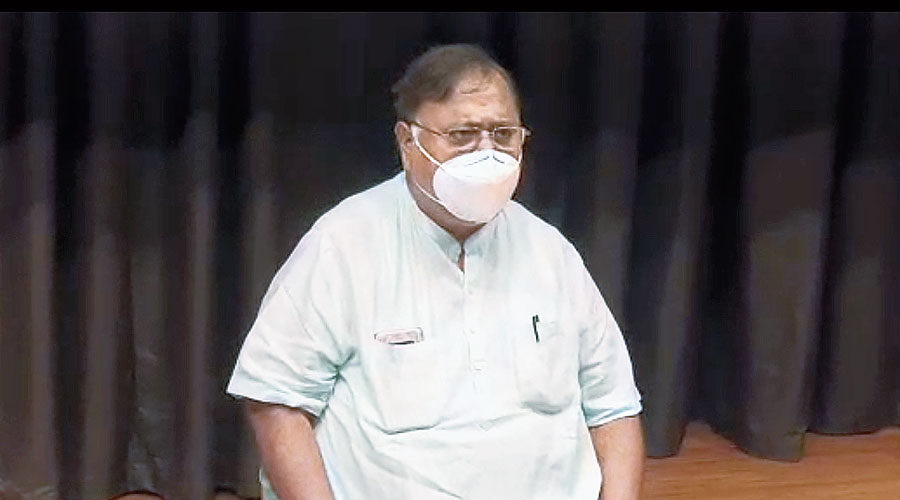 Chatterjee had said on September 27 that undergraduate classes in Bengal’s government-run colleges and government-aided universities were unlikely to start before the first week of December
File picture
Subhankar Chowdhury   |   Calcutta   |   Published 28.11.20, 01:42 AM

Education minister Partha Chatterjee will hold a videoconference with vice-chancellors on Saturday to discuss the prospect of reopening colleges and universities in December, a higher education department official said on Friday.

Chatterjee had said on September 27 that undergraduate classes in Bengal’s government-run colleges and government-aided universities were unlikely to start before the first week of December.

An official said the minister would consult the heads of state universities to find out about the possibility of reopening the campuses in December, considering that the pandemic is still raging and several states are taking a relook at the decision to reopen schools and colleges.

“The Union education ministry had wanted colleges and universities to reopen in November. We pushed back the reopening to December and informed the UGC about this. Now we have to take a call on whether classes can resume in December,’’ said the official.

The Tamil Nadu government had earlier announced that colleges and universities would reopen from December 2 only for research scholars and final-year postgraduate students of science and technology, revising its earlier schedule to start the reopening from November 16.

The Mizoram government has decided to shut down the schools that reopened for students of Classes X and XII following a rise in the number of locally transmitted Covid-19 cases and a number of pupils testing positive for the disease.

A senior official in the Bengal education department said: “We will keep all these developments in mind before taking a decision. There is a strong demand for resumption of in-person classes because classes on digital platforms are not very successful for want of access to devices or connectivity among a section of students. We have to strike a balance.”

After education minister Chatterjee had said in September that classes would be held on digital platforms for some more time because of the pandemic, Raiganj University in North Dinajpur sought Rs 57.05 lakh from the education department to create e-resources and buy smartphones for students who could not afford them so they could attend online classes and access study materials digitally.

Jadavpur University had to raise Rs 25 lakh to buy 200 students smartphones and recharge the smartphones of a substantial number of students for three months to enable them to attend the classes on digital platforms.

The vice-chancellor of a state university said they were receiving petitions from students in the science streams for reopening campuses at the earliest as their studies were getting seriously affected in the absence of access to laboratories.

“Students of both BSc and MSc courses want on-campus sessions to resume at the earliest,” the VC said.