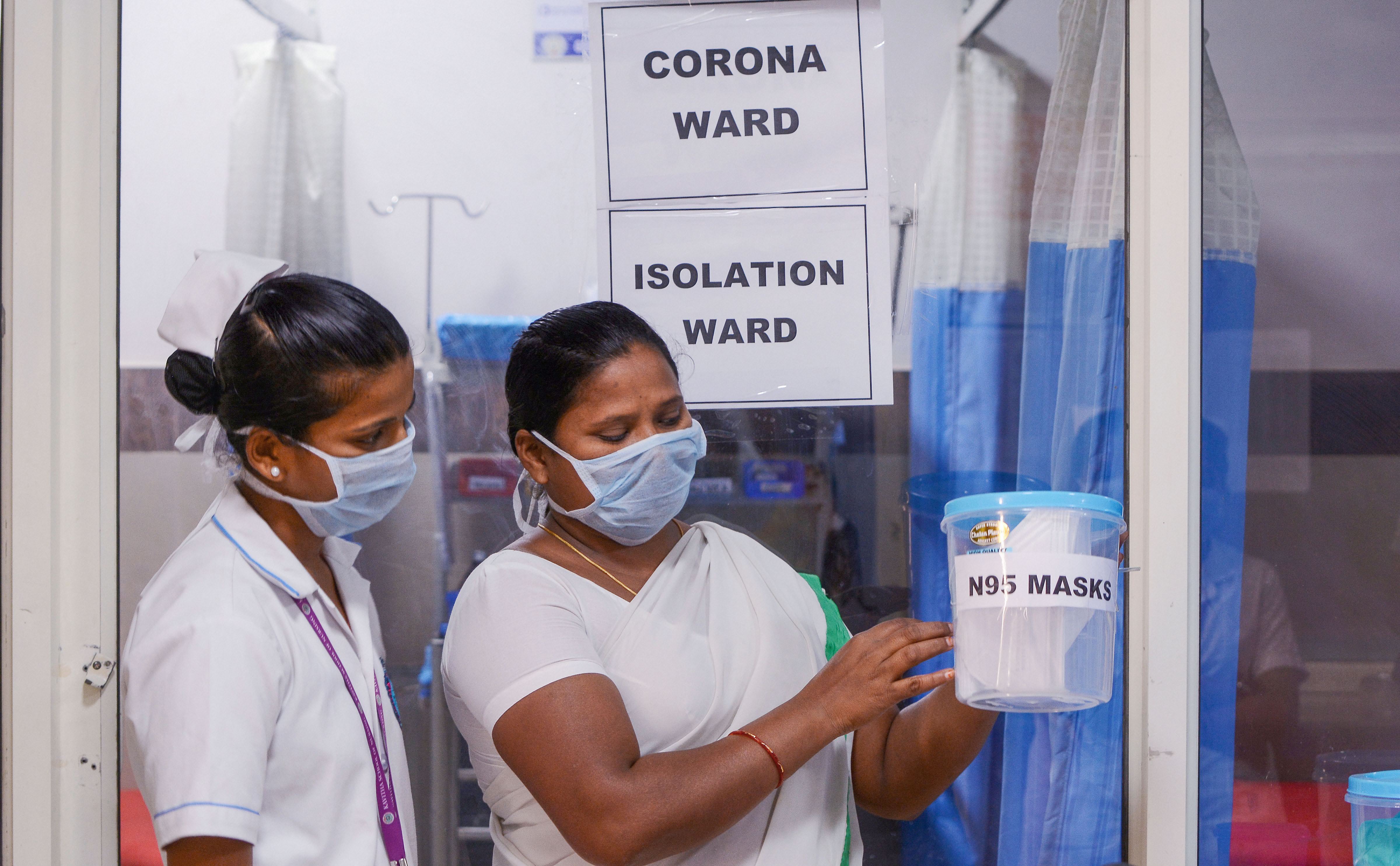 Many nurses, particularly in private hospitals and nursing homes, are from outside Bengal or districts and they stay in groups at accommodations provided by their employers. So, the infection spreads among them faster than doctors or others involved in healthcare.
File picture
Sanjay Mandal   |   Calcutta   |   Published 14.05.20, 09:40 PM

Hospitals are training their nurses afresh and rearranging their accommodation to protect them from the novel coronavirus and ensure they don’t have to be quarantined in large numbers.

Several hospitals, government and private, had to partially or completely shut down operations after asymptomatic patients tested positive for Covid-19. In most hospitals, nurses got infected in larger numbers than doctors.

Many nurses, particularly in private hospitals and nursing homes, are from outside Bengal or districts and they stay in groups at accommodations provided by their employers. So, the infection spreads among them faster than doctors or others involved in healthcare.

Charnock Hospital, in New Town, was partially shut for a month after 22 nurses and two doctors had tested positive for Covid-19. Around 50 other nurses were quarantined.

Officials had said the infection had spread from asymptomatic patients who were admitted to the hospital for other ailments.

“The hospital had to be shut down partly because of so many nurses becoming unavailable suddenly. Another reason was fumigation,” said Ipsita Kundu, the CEO of Charnock Hospital, which reopened on Thursday and resumed operations on a smaller scale.

“We now need 50 nurses to run the hospital. Rosters have been prepared and every group of nurses will work for seven days at a stretch. The first batch has been put up at the hospital,” said Kundu.

The hospital has been divided into three zones — red, orange and green. “Each zone has its own set of nurses. Their accommodations on the hospital campus are different,” the CEO said.

Before reopening, the nurses and other employees had been trained afresh in dealing with patients.

At Peerless Hospital, which, too, had suspended admissions after many doctors and nurses got infected, the nurses are being re-trained in the new treatment protocol.

“It’s not possible to keep all nurses in the hospital…. So, most hospitals are making arrangements for nurses’ stay on the premises in batches,” the CEO of a private hospital said.

At RN Tagore International Institute of Cardiac Sciences, too, nurses deployed in Covid-19 wards have been staying on the Mukundapur campus in batches.

“Steps have been taken to ensure nurses who are working together, stay together, so chances of cross-infection get reduced,” said R. Venkatesh, director, eastern region, Narayana Health, which runs RN Tagore hospital.