Calcutta University to have Vidyasagar chair

Year-long celebrations to kick off on September 26 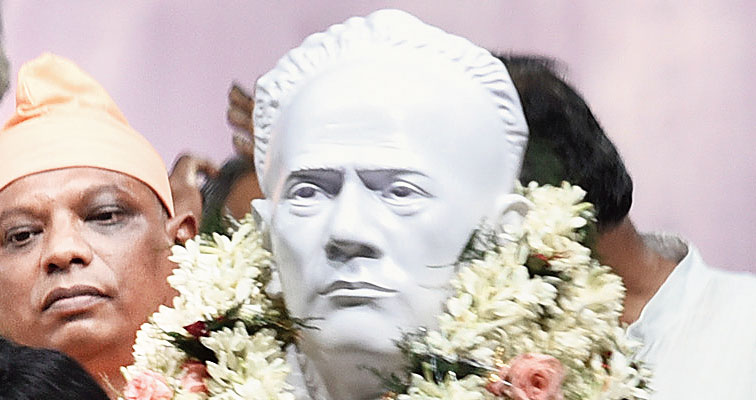 A new chair professor post named after Iswarchandra Vidyasagar has been created by Calcutta University to commemorate the 200th birth anniversary of the Bengal Renaissance icon.

The state higher education department had recently approved the creation of the Vidyasagar Chair Professor in general humanities for the university. The university has been asked to start the selection process.

An advertisement was published by Calcutta University on its website on Tuesday seeking applications from “eminent professors” for filling the post.

Chief minister Mamata Banerjee had earlier announced that the state government would observe the 200th birth anniversary of Vidyasagar in an appropriate manner. The decision to create the chair professor post is part of this initiative, an official of the higher education department said.

The process of selecting the chair professor will be completed before Vidyasagar’s birth anniversary on September 26, Calcutta University vice-chancellor Sonali Chakravarti Banerjee said.

The state government on Tuesday finalised a string of other programmes to mark the bicentennial celebrations of Vidyasagar, a senior official of the higher education department said.

Each and every school across Bengal will be asked to organise an event on September 26 to pay tribute to Vidyasagar, the official said. All the 550-odd colleges in the state will organise year-long seminars on topics related to Vidyasagar from September 26.

The state government will launch a book — “Amader Vidyasagar” ( Our Vidyasagar) — on the life and works of the icon for students of classes VIII to XII on September 26, the official said.

On September 26, a programme will be held at Vidyasagar’s birthplace, Birsingha village in West Midnapore, where the chief minister will be present.

In Calcutta, another programme will be held on the same day at Vidyasagar College where education minister Partha Chatterjee will inaugurate a museum on Vidyasagar.

A small structure to cover his bust is being erected at Vidyasagar Bhavan, the head office of the state higher education council.

The structure will be inaugurated on September 26.

The decisions were taken at a meeting education minister Chatterjee held with college and university teachers and senior officials of the higher education department on Tuesday.