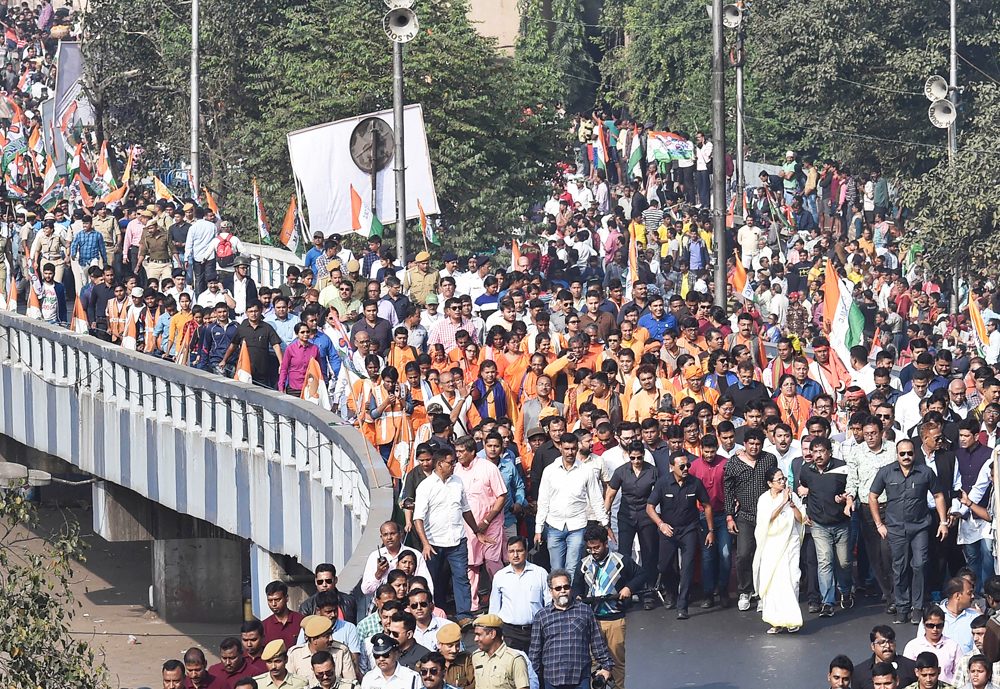 The city police have over the past four days made social media users delete more than 3,000 posts that were allegedly spreading misinformation about violence over the Citizenship (Amendment) Act.

The move was part of a drive launched by the police to curb rumour-mongering over the Internet and prevent any flare-up.

“We are keeping a sharp watch on social media. All sensitive discriminatory posts on social media are being monitored and deleted. Despite all efforts by some unscrupulous elements to create problems in the city by spreading rumours, I would like to congratulate all citizens for showing the true spirit of the city by rejecting such malicious attempts. The city remains normal and moved smoothly into the festive season. Calcutta police remain alert to tackle all situations. I would again assert please dial 100 in distress,” police commissioner Anuj Sharma told Metro on Wednesday evening.

The cyber cell of Calcutta police has been asked to identify malicious social media posts and request the persons who made them to take them down.

In most cases, the police had to contact more than one social media users because the objectionable posts were “forwarded” or “shared” a number of times, an officer at Lalbazar said.

“In the majority of cases, the posts had been shared and circulated widely. These posts included videos, morphed photographs and wrong information about violence in the city following the introduction of the Citizenship (Amendment) Act,” the officer said.

Sources said there was not a single case of non-cooperation from social media users till Wednesday. The majority of the users who were asked to remove objectionable posts were from districts adjacent to the city. “Most said, ‘Sir, bujhte pari ni (Sir, I did not realise),” said an officer.

A spurt in social media posts spreading rumours about violence prompted the police on Tuesday to ask citizens to call their helpline numbers to check the veracity of news or clarify any other doubt.