Revellers blow up Supreme Court sound limits, setting of loud firecrackers even at a children's hospital 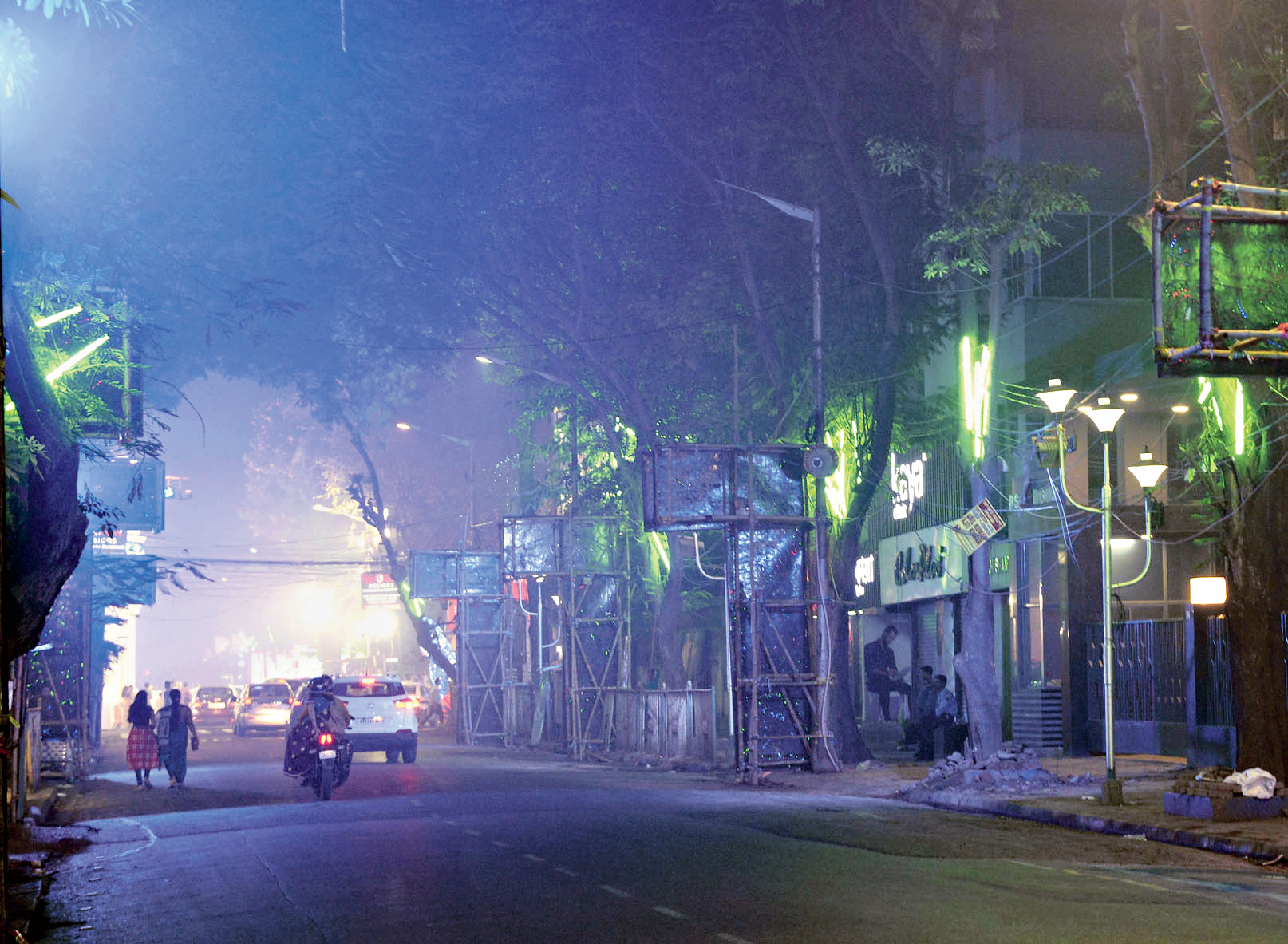 The index, calculated by taking data from automatic pollution-measuring machines, is a measure of the presence of all dominant pollutants in the air. It also shows how polluted the air is over a particular period.

After Wednesday night’s fireworks spree, the city woke up to what looked like a wintry morning with a haze hanging in the air. “The readings show how the Supreme Court’s order was flouted in the city on Diwali,” said Biswajit Mukherjee, retired chief law officer of the state pollution control board.

The court had fixed a window of 8-10pm for bursting firecrackers.

Anumita Roy Chowdhury, executive director of the Centre for Science and Environment in Delhi, said that PM2.5 being the dominant pollutant in Calcutta was the main cause for worry.

The National Air Quality Index has dropped a Diwali bomb on Calcutta — air quality in the city over two festive nights was the worst among the metros.

According to a report of the Central Pollution Control Board, Calcutta’s average AQI (air quality index) from 4pm on Tuesday till 4pm on Wednesday was 326. In the next 24 hours, including Diwali night, the AQI crept up to 354.

On November 5 and 6, prior to Kali Puja and Diwali, the AQI reading was 73 and 57 respectively. In the national index, both readings fall in the “satisfactory” range. Any reading between 301 and 400 is “very poor” and can cause “respiratory illness on prolonged exposure”.

A pocket of Howrah fared even worse than Calcutta. In Padmapukur, the AQI at 11pm on Diwali was 381. The prominent pollutant was PM2.5, the tiniest of particulate matter that can invade the deepest recesses of the lungs and cause various illnesses, including cancer.

Delhi, the usual chart-topper in any pollution comparison, had a “poor” AQI of 281 on Chhoti Diwali that coincided with Kali Puja in Bengal. But it was still a shade better than Calcutta’s reading that night. On Diwali, it reclaimed the top spot with an average AQI of 390.

According to an air pollution researcher, the sustained high AQI of Calcutta over two days would have had a more adverse impact on health than the spike in Delhi on Diwali night.

Bangalore’s AQI on Tuesday was “satisfactory” while Chennai’s was “moderate”. Mumbai’s average AQI was in the “moderate” range on Tuesday and “poor” on Diwali.

WHAT METRO HEARD ON DIWALI NIGHT

Calcutta cranked up the decibels on Diwali night and continued the cacophony far beyond the 8-10pm window fixed by the Supreme Court for fireworks. The police force, on whom rested the responsibility of enforcing the court’s order, seemed to ignore for the most part what our reporters heard and recorded — loud and frequent explosions in parts of the city and across the suburbs. The NGO Sabuj Mancha, which runs a helpline where people can report pollution-related violations, said most of the complaints on Wednesday night were from Bangur, Baguiati, Behala, Kasba, Jadavpur, Patuli, Burtolla and Jorasanko. More than one caller reported firecrackers being burst on the premises of BC Roy Memorial Hospital for Children in Phoolbagan, a neonatal referral centre. “We started receiving complaints from 4pm on both Tuesday and Wednesday,” said Naba Dutta of Sabuj Mancha. “We kept calling police stations, the control room in Lalbazar and even the one at Nabanna. After a point, the officers said they could do little to stop the violations because of a shortage of staff.” A resident of Mukundapur, off the EM Bypass, said her pet ran for cover every time there was an explosion. In Dunlop, a mother used ear plugs on her infant daughter. Metro highlights through audio graphs generated with an app-enabled microphone how the city blew the apex court’s noise norms to smithereens.

A big bang sets the tone for the peak and trough of an ear-deafening burst of firecrackers going up in the air and exploding. A resident of the area said she didn’t dare step out onto her balcony even once after 8pm.

The longest interval between two explosions in this test of decibel endurance was 10 seconds. As the graph shows, each firecracker burst was followed by one of similar intensity over a minute.

Two explosions and then a starburst that lit up the night sky. This rocket was shot from a terrace filled with family and friends. In the group was a 22-month-old girl smiling through the cacophony that steeled her for future Diwalis.

A series of explosions, a lull and then the biggest one, followed by a staccato burst. All of this happened in the span of 20 seconds within a cluster of residential buildings dotting this neighbourhood off VIP Road.

A loud explosion was followed by three more, the spike in the graph showing the intensity of each one. After an interval of a couple of seconds, there was another sequence of explosions. We couldn’t locate the cracker launch pad, though.