19 get Rs 5 lakh each, electronic transfer in bank account for 80 more 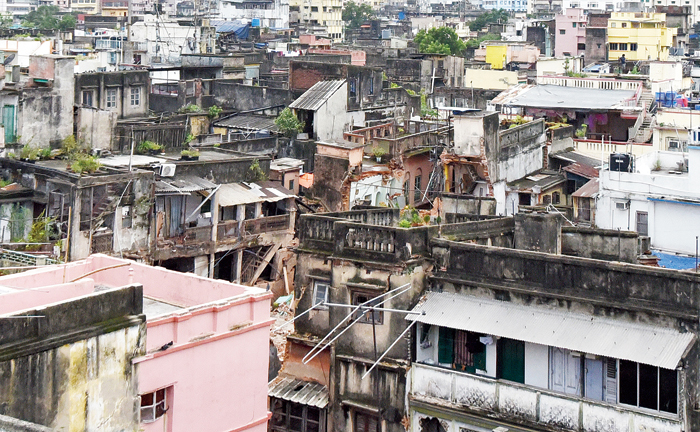 Nineteen families displaced from their homes in Bowbazar for the East-West Metro’s tunnelling work received cheques of Rs 5 lakh each from the Kolkata Metro Rail Corporation on Saturday.

More than 80 families will receive such compensation in the next few days, a Metro official said. The money will be electronically transferred to the bank account numbers they have provided us with, the official said.

Metro authorities have chosen owners of houses to begin with but the official said Metro would not discriminate between owners and tenants over compensation.

The decision will bring relief to the hundreds of tenants who have been living for years without rent receipts. A certificate from the local councillor will be enough for a family on rent to qualify for compensation, the official said.

“We will not discriminate among evicted families. A list has been prepared based on the details collected from hotels and lodges where families have been put up,” A.K. Nandy, general manager, KMRC, said. “The names and bank details have tallied.... We have so far identified 64 buildings from where more than 600 people have been evacuated.”

Sanjay Jaiswal, one of the cheque recipients on Saturday, told Metro officials that the sum “did not make much sense”. “Please tell us how long we have to stay in hotels and when we can return to our homes. This is exam time for our kids and we have been rendered homeless. What do we do? Where do we go?”

Arit Sen, another recipient, said furniture and other items in his home would probably fetch more money. “I used to run a cable business. Everything is gone. Will this money pull me through life?”

A KMRC official said it had formed a four-member committee to identify the extent of damage in the buildings from which families have been evacuated. “We will ask all families who might have to stay away from their homes for a longer period to find houses or flats on rent and Metro will pay for it. We are looking for a housing complex where several families can be offered flats on rent.”