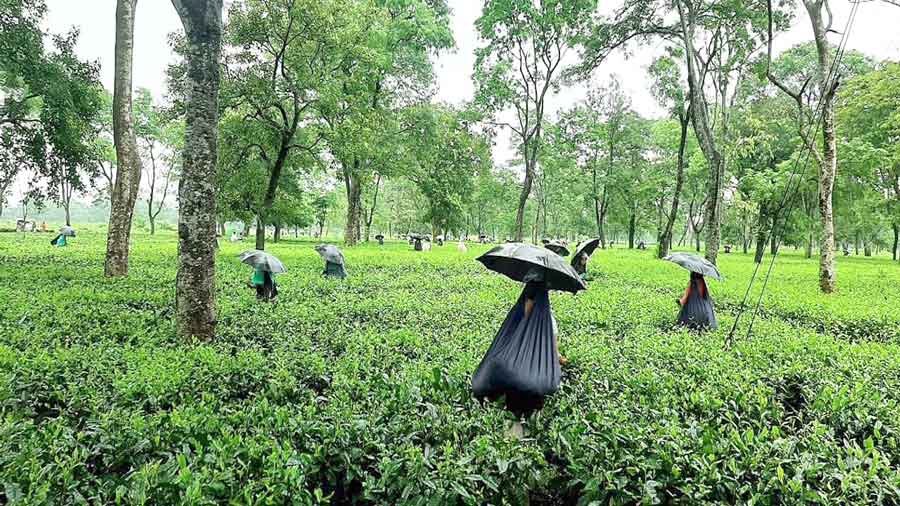 The saffron camp has planned to exert pressure on the state police and on a section of tea planters of north Bengal over the issue of due provident fund of tea workers serving in the brew belt.

John Barla, the Union minister of state for minority affairs, said they have information that the Jalpaiguri regional office of the Employees’ Provident Fund Organisation (EPFO) has filed as many as 78 complaints at different police stations of Jalpaiguri and Alipurduar against 23 tea estates which have not deposited provident fund on time.“However, no action has been taken by the police against these defaulter tea companies. We want to make it clear that if the police continue to remain unperturbed, we will launch demonstrations in all the concerned police stations. Also, after the festive season is over, we will file mass complaints against all these tea companies,” said Barla, who is also the MP of Alipurduar.

He was speaking with newspersons on the sidelines of a function here on Wednesday.  Such a plan by the BJP to launch protests against the state police and tea planters on the provident fund issue appears to be a strategy of the party to counter the ruling party of the state.

Earlier this month, Trinamul’sall-India general secretary Abhishek Banerjee had threatened to launch demonstrations in front of the houses of the BJP legislators of this region if the issue of provident fund is not resolved by December this year. Abhishek, while speaking at a public meeting of tea workers in Malbazar of Jalpaiguri district, had mentioned that the EPFO is a central government organisation and the BJP MPs and MLAs cannot evade their responsibilities.“Hundreds of workers are also facing problems in linking their aadhar with the PF account. If this problem is not resolved immediately, we will launch an intensive protest across the region. I will join the tea workers and demonstrate in front of the houses of the MLAs and MPs of BJP,” he had said, while announcing a slew of initiatives for the tea population. Sources said on September 18, Barla had sent a letter to the EPFO office in Jalpaiguri.

On the next day, an assistant PF commissioner sent him a list, mentioning that 78 FIRs have been filed against 23 tea gardens since 2014 for not depositing the provident fund of workers in the EPFO. That the saffron camp is desperate to thwart Mamata Banerjee’s party from consolidating its base in the tea belt – an area from where BJP has managed to draw support since 2019 – was evident as Dilip Ghosh, a national vice-president of the party, had said yesterday that they would launch movement against the state government over the issue of land rights, a longstanding demand of tea workers.“The state government has not yet provided land rights to thousands of tea workers. We will take up this issue and if required, we will demonstrate and raise blockades even at Kalighat,” he had said. Though BJP is planning to revert back the pressure on Trinamul on tea workers’ issues, trade union leaders of the ruling party sounded unperturbed.

The Centre has not done anything for the tea workers and their families, they said.“The BJP leaders and legislators seem to be rattled with our party leader Abhishek Banerjee and the initiatives he has announced for the tea population. The PF department cannot simply pass the buck to the state police. There are instances when the police have acted on such complaints. Such plans by the BJP to create tension by launching protests in police stations will not work,” said Nakul Sonar, the chairman of Trinamul Cha Bagan Sramik Union.