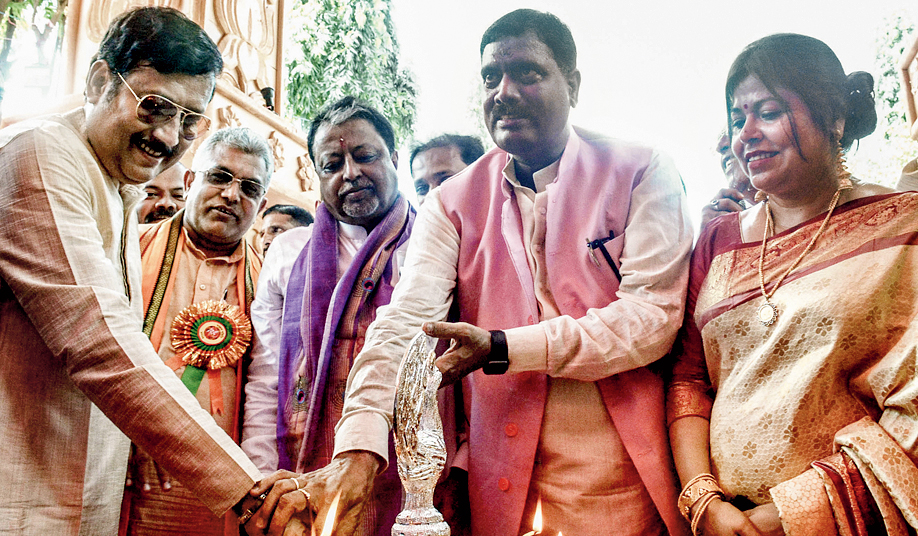 Former Bidhannagar Municipal Corporation mayor Sabyasachi Dutta’s Ganesh puja turned heads on Monday not for the idol or the pandal or presence of any big ticket movie star but for the appearance of Bharatiya Janata Party state leaders at the inauguration.

The puja of Salt Lake Maitri Sangha, of which Dutta is the president, was inaugurated by party state president Dilip Ghosh, Mukul Roy and national secretary Arvind Menon. Dutta may have resigned as the mayor but he is still an MLA and a councillor of Trinamul Congress.

Addressing the state BJP leadership as “Dilipda, Mukulda aur Menonji”, he laughingly said the women of the club were waiting to take pictures with them and would push him off stage if he stayed in the way for long. Switching to Hindi for the benefit of Menon, he said pointedly: “Yeh Ganesh puja ho ya ek chhota Kali puja jo aap logon ki ashirvaad se karta hoon, kisi mein Sarada Narada juda hua nahin hai. Pocket mein jitna rahta hai usi ko nikal ke puja karta hoon. Dusron ka pocket katney ki zaroorat nahin. (Be it Ganesh puja or the small Kali puja that I do with your blessings, there is no Sarada Narada money involved. We organise puja with whatever is in our pocket. No need to pick anyone else’s).” 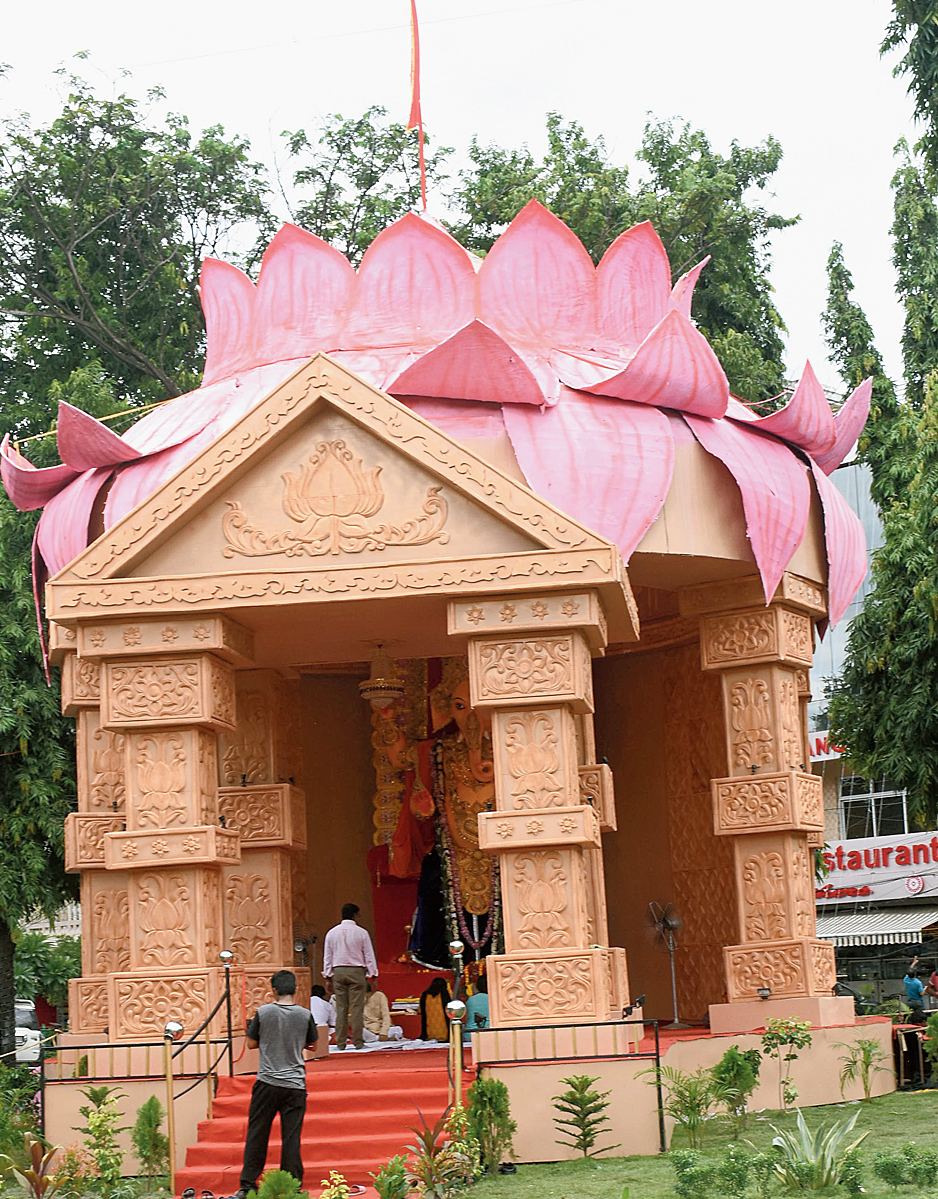 The Maitri Sangha Ganesh puja pandal with a giant lotus atop. The lotus also happens to be the symbol of the BJP.

Dutta was open about his show of defiance. “Mukulda was telling me that cases would now be filed against me. I am ready. I will still be able to live in peace and eat twice a day.”

While admitting that the platform was not a political one, he went on to appeal to the central government to “help bring peace to Bengal”. “It is a matter of regret that though Kashmir has become peaceful Bengal is not.”

He also requested that Bidhannagar College be granted affiliation to Calcutta University as before. “This is a demand of the residents of Salt Lake. I had raised the matter with Parthada (Chatterjee, the higher education minister) and the chief minister herself. She had promised to look into it. Two administrative meetings have taken place since then. Nothing has been done yet,” he said. Bidhannagar College is now under West Bengal State University, near Barasat.

Later Dutta said that Roy was a member of the club and had attended the puja earlier too while Ghosh had come as a resident of Salt Lake. The BJP state president stays in CL Block.

Ghosh said he would attend pujas of other Trinamul leaders too if invited.