Trinamul leaders, including state minister and senior party leader Firhad Hakim who is camping in Cooch Behar now, campaigned extensively in the area 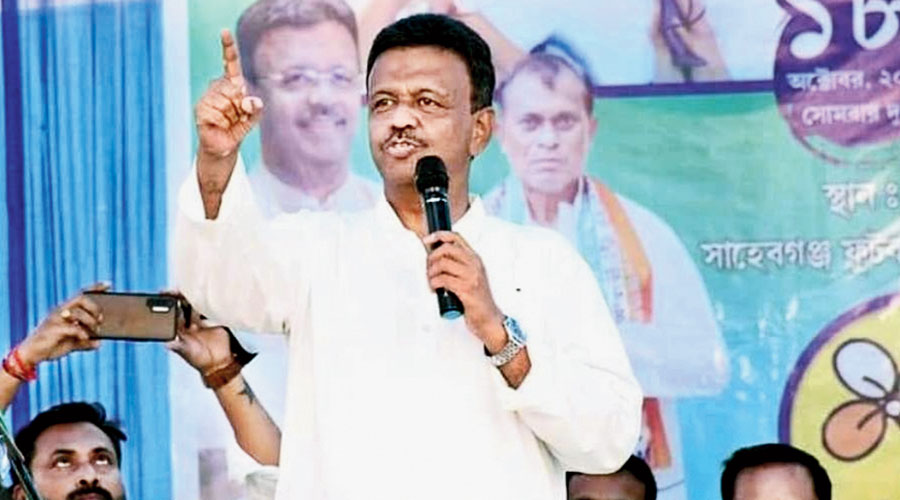 Leaders of the saffron camp in Dinhata where the bypoll is due on October 30 along with three other Assembly seats of the state, on Monday had to return without campaigning as hundreds of Trinamul supporters hit the streets with black flags.

On Monday, Ashok Mondal, the BJP candidate contesting against Trinamul’s Udayan Guha in the seat, reached Bamanhat of Dinhata with Mihir Goswami, the BJP MLA of Natabari, also Cooch Behar district. The moment they reached the local market, over 100 Trinamul supporters turned up with black flags and shouted “go back”.

“Trinamul supporters stopped me from campaigning. They verbally abused me and shoved me and others. We have informed the administration,” Mondal later said.

In Dinhata, BJP MP Nisith Pramanik became the MLA by a margin of only 57 votes. He stayed on as MP, necessitating the Assembly bypoll.

“The abysmally low margin has made the bypoll more interesting in Dinhata and both BJP and Trinamul are putting their best efforts to win the seat. However, the saffron camp appears unnerved these days as there have been major defections during the past few days and now, the candidate has to face protests which were not seen earlier,” said a political observer.