Facility to house composting unit too 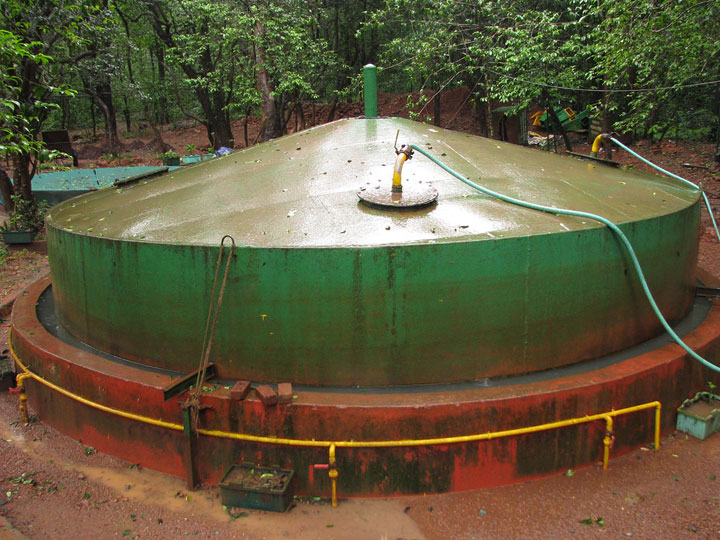 In cities like Calcutta where land is scarce, optimum recycling of waste would minimise the need for landfill sites
Wikimedia Commons
Snehal Sengupta   |   Calcutta   |   Published 13.10.19, 08:51 PM

A biogas plant and a composting unit will be built on a one-acre plot in New Town to process biodegradable items collected from houses, restaurants and office complexes in the township.

The plant and the unit — to be set up in Mohishgote — will be fuelled by vegetable peels and fruit pulp that will be collected daily, said officials of the New Town Kolkata Development Authority (NKDA).

Once functional, the units will help reduce the volume of waste dumped in landfill sites.

Waste management professionals said the trend across the world was to recycle waste to reduce its volume and produce new products from it.

In cities like Calcutta where land is scarce, optimum recycling of waste would minimise the need for landfill sites.

A biogas plant — termed an anaerobic digester — comprises an airtight tank filled with micro-organisms and bacteria that can transform biomass into biogas. An engineer said the plant would produce manure and also bio-CNG, which is far less polluting compared with fossil fuels such as coal and diesel.

Vegetable peels, fruit pulp and even maize stalk can be put into the tank to produce bio-gas.

The compost that will be produced, in the other unit, will be mixed with the soil in the median dividers where trees have been planted. “After the production increases, we will use the compost at Eco Park and the ‘tall tree nursery’ and other places that have greenery,” another NKDA official said.

The composting unit, which officials said would be sealed and odour-less, will be able to produce at least 100kg of compost at every refill.

The Calcutta Municipal Corporation has started a composting unit in Ward 82 (Chetla), where market waste is treated to generate manure. But there is no biogas generation unit yet in the CMC area.

Debashis Sen, the chairman of NKDA, said collecting raw material for the biogas plant and the composting unit would not be a problem since most houses, offices and restaurants in New Town were segregating their waste and handing out biodegradable waste in separate containers to door-to-door collectors.

“We had started segregation of waste at source and all houses and establishments in New Town have been given colour-coded bins (for separate disposal of biodegradable and non-biodegradable waste). Almost all of them are doing this. Biodegradable waste items such as vegetable peels and fruit pulp will be used to make compost and biogas,” said Sen.

Rajarhat is also set to have another biogas plant and a composting unit, for which the Bengal government has allotted a 20-acre plot in Patharghata. The facility will also house a plant for recycling of construction and demolition waste.

“The plant on the 20-acre plot will receive waste from New Town, Sector V, Salt Lake, Rajarhat and boroughs I, III and VII of the Calcutta Municipal Corporation,” said Ayan Majumder, a waste management adviser to PWC, the company that has been appointed as the transaction adviser to the Bengal government for the project.

The NKDA has already started upcycling e-waste collected from the township and Sector V and making them fit for reuse in an attempt to prevent accumulation of hazardous materials at dumping sites.

Metro had in May reported how old smartphones, personal computers and other electronic gadgets were being collected from homes and offices. These are then repaired and restored so they can be used once more.

“The ones that cannot be repaired will be used to make various household items, including decorative pieces,” an NKDA official said.

The repaired and refurbished items are put on display at the NKDA corner for upcycled goods at Eco Park, in New Town, to encourage people not to throw away their electronic gadgets with other household waste.