Congress leader takes a dig at TMC's 'Khela Hobe' slogan, accuses it of aligning with BJP in the past 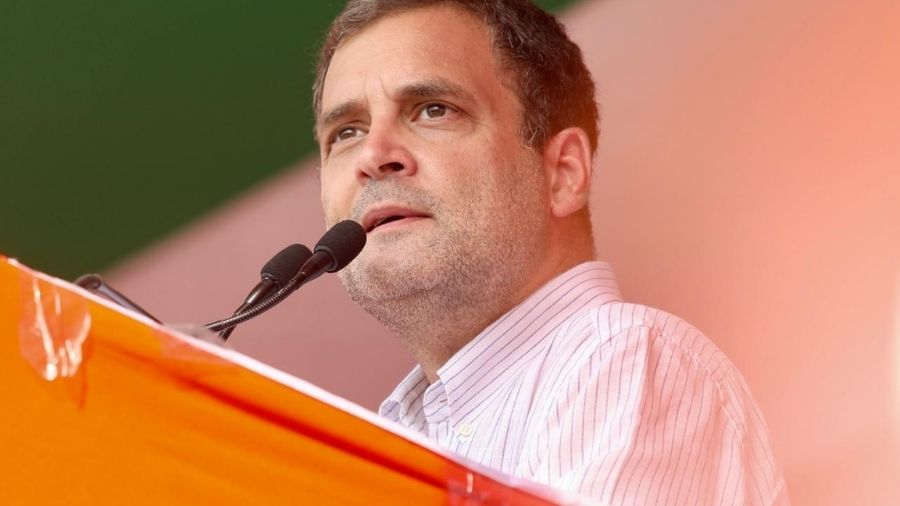 Congress leader Rahul Gandhi Wednesday termed BJP claims to build "Sonar Bangla" (golden Bengal) as a "mirage" and said the saffron party has nothing to offer except for hatred, violence and dividing people on the basis of language, religion, caste and creed.

During his first rally in Bengal in this election season, Gandhi took a dig at Chief Minister Mamata Banerjee and said his party would never align with the BJP and the RSS, unlike the TMC, which in the past had been an alliance partner of the saffron party-led NDA.

"BJP wants to destroy Bengal's culture, heritage and divide it. In Assam, they are doing the same thing; in Tamil Nadu, they are trying to do the same thing with their alliance partner AIADMK.

"The BJP has nothing to offer except for hatred, violence and divisive politics," he said, addressing a rakky at Goalpokhor in Uttar Dinajpur.

Mocking BJP's slogan of building "Sonar Bangla", Gandhi termed it as a "mirage and said they "sell the same dream in every state".

"In every state, they say similar things like Sonar Bangla. But, they only offer dividing people on the basis of religion, caste and language," the Congress leader said.

Criticising "cut money" culture in Bengal, Gandhi said "You gave opportunity to TMC. But, they failed. People of the state have to venture out in search of jobs. This is the only state where you have to pay cut money to get jobs.

Ridiculing TMC poll slogan "Khela Hobe" (Game will happen), he said serving people and playing games in this regard are not the same.

"We have never aligned with the BJP and the RSS. Our fight is not just political but ideological too. For Mamata Ji, it is just a political fight.

"The BJP knows very well Congress will never surrender before them, so they called for Congress Mukt Bharat. They never said TMC mukt Bharat, as they have been their former allies," he said.

Gandhi urged people to vote in favour of the Congress- ISF-Left alliance in Bengal to usher in a new era of development.