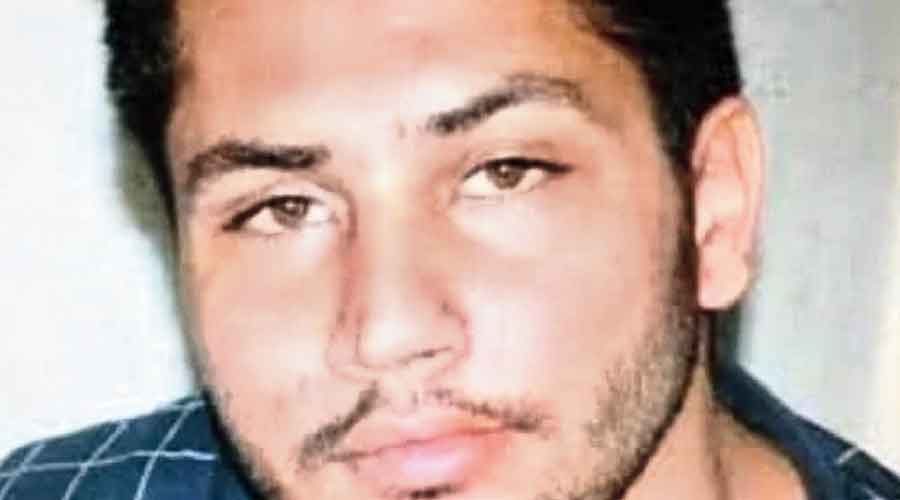 A Bengal police team gunned down two gangsters wanted in Punjab during a raid on a New Town flat on Wednesday afternoon.

A team of officers knocked at Flat 201 in the Shukhobrishti housing complex at 3.30pm, and was greeted with gunfire when the door opened.

The police returned the fire and killed two men, later identified as Jaipal Bhullar and Jaspreet Singh alias Jassi Kharar, both of whom had bounties on their heads in Punjab.

Officers said they had found five automatic pistols, 89 rounds of live ammunition and Rs 7 lakh in the flat. Over 40 personnel from the Bengal special task force (STF) and the State Striking Force (SSF) were involved in the operation.

STF inspector Kartick Mohan Ghosh took a bullet in his left shoulder and was rushed to AMRI Salt Lake in the middle of the gunfight.

Hospital officials said the bullet had entered below the scapula and exited through the left arm. Ghosh had abrasions caused probably by glass shards. He will undergo an MRI scan and a nerve test on Thursday to determine whether he needs surgery.

Ghosh, who is from Karimpur in Nadia, himself lives in the Shukhobrishti housing complex.

Additional director-general of police (Bengal STF) Vineet Goyal, who visited the spot after the operation, said his officers had fired back in self-defence.

“We had received inputs that two men wanted for killing policemen in Punjab were hiding here. When we zeroed in on their location and knocked on the door of Flat 201, they started firing on us. We returned fire in self-defence and killed them,” Goyal said.

Bhullar and Kharar were allegedly part of a gang that killed two cops, Bhagwan Singh and Dalwinderjit Singh, at the Jagraon grain market in Ludhiana district on May 15.

Dinkar Gupta, director-general of Punjab police, told a news conference in Chandigarh on Wednesday that his force had been tracking Bhullar and his associates since that incident.

The Punjab police had earlier on Wednesday arrested a man named Bharat Kumar, who apparently said his in-laws lived in Calcutta and that he had recently rented a flat in New Town.

Kumar is suspected to be part of the same gang as Bhullar and Kharar, and the Punjab police thought it likely the two wanted men were holed up in the flat he had mentioned.

Sources said the Punjab police had named the operation to nab the gangsters “Operation Jack”.

Footage recorded from another flat in the complex shows what was visible outside when the shootout took place. An unseen person in the video can be heard saying “Come inside, come inside, shut this” and “Firing hochchhe na? Firing hochchhe (Isn’t firing on? Firing is on)”. Seconds later, at least six gunshots ring out.

The Bengal police began a recce of the building from Wednesday noon. They started the operation around 3.30pm when, one officer said, they were “sure of the presence” of the suspects inside the flat.

Residents of the complex heard gunshots and saw plainclothes and uniformed men run around the block, some of them armed and wearing bullet-proof vests. Officers said 35 gunshots were fired during the exchange. Bhullar and Kharar continued firing till they died.

A resident of the complex said he had gone downstairs when he heard what “sounded like gunshots”.

“As I was talking to the guard under my building, trying to figure out what was happening, some plainclothesmen ran towards me and asked me to stay indoors,” Mainak Kanrar said.

“I saw armed cops running. I went upstairs and alerted others through our society’s Telegram group that police activity was going on and no one should step out.”

Several residents complained about the security inside the complex, saying most of the flats were occupied by tenants whose antecedents were unknown to them.

Later in the evening, the police removed the bodies and sent them for post-mortem. Teams from the state CID and the state forensic laboratory visited the flat.

Goyal said that since the shootout had taken place in Bengal, the Bengal police would probe it although the two gangsters were wanted by the Punjab police. The state CID has begun investigating the incident.

Punjab DGP Gupta said: “We had received information that the gang used a black four-wheeler with a Bengal number plate for movement from Gwalior to Bengal. We started tracking it through CCTVs on the highways and found it had entered Bengal. We shared the intel with the Bengal police.”

Ace athlete to most wanted