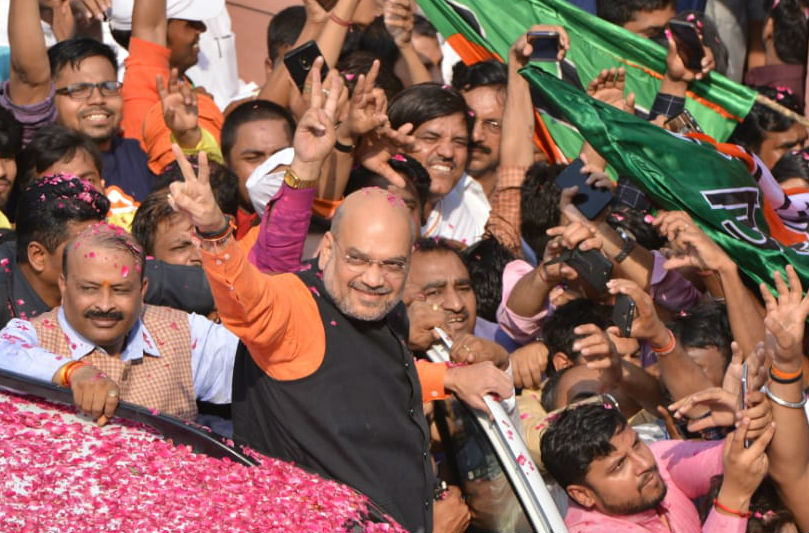 Amit Shah’s appointment as Union home minister has set off jitters in a section of the Bengal government as some believe relations with the Centre may suffer because of the BJP president’s hawkish approach on most issues.

In a border state like Bengal, the Union and the state home departments have to work in synergy on several fronts, like protecting boundaries or combating Left-wing extremism.

“As Shah is known to be a hawk, there is a likelihood that the state’s views may not be heard, which could further strain the Centre-state ties,” said a source.

Two contentious issues have been flagged for now: completion of wired fencing on the Bangladesh border and withdrawal of central forces from the Jungle Mahal.

So far, the New Delhi has been requesting the state to hand over land for the fencing and looking to withdraw central forces from former Maoist hotbed Jungle Mahal. “We were buying time by citing various reasons. Previous home minister Rajnath Singh never brushed aside our concerns,” said a senior Bengal official.

Some officials at state secretariat Nabanna said they feared a change in the Union home ministry’s approach. The border fencing could be the first issue over which the new minister could pull up the state government, one official said.

Bengal shares a 2216.70km border with Bangladesh and the Union home ministry had taken up fencing in south Bengal first. But of the 913.080km border in south Bengal, only 374km could be fenced as the state could not provide land, sources said.

The BJP won Bongaon and Ranaghat, two south Bengal seats with a lot of unfenced borders. With infiltration from Bangladesh becoming an issue in the Lok Sabha elections, Shah might focus on it to embarrass the Mamata government ahead of the 2021 Assembly polls.

On central forces, the Bengal government is worried about retaining 35 companies in the Jungle Mahal. These were sent back to the area after election duty.

“The Centre had repeatedly proposed to withdraw the forces in the past year as the area was declared Maoist-free. But we retained the forces, contending the rebels from neighbouring states like Jharkhand could regroup. Now, we don’t know whether the forces can be retained,” said another official.