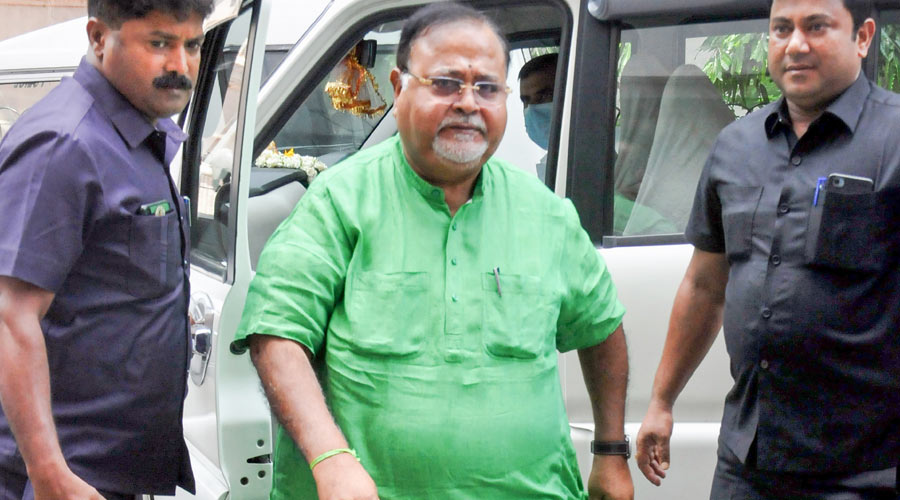 The court directed that the minister be produced before a special ED court in Kolkata through virtual mode at 4 PM on Monday.

"The investigating agency is directed to take the accused by air ambulance to AIIMS, Bhubaneswar in the early morning on 25th July, 2022," Justice Bibek Chaudhuri directed.

After hearing pleadings in a revision application moved by the ED challenging a lower court order sending Chatterjee to state-run SSKM Hospital after his lawyers claimed he was ill, Justice Chaudhuri directed that the AIIMS, Bhubaneswar authority will medically examine the accused by a team of specialist doctors of cardiology, nephrology, respiratory medicines and endocrinology.

In another twist in the tale, an ED car carrying Chatterjee's close aide Arpita Mukherjee has been involved in an accident. Mukherjee has sent one-day ED custody by the court.