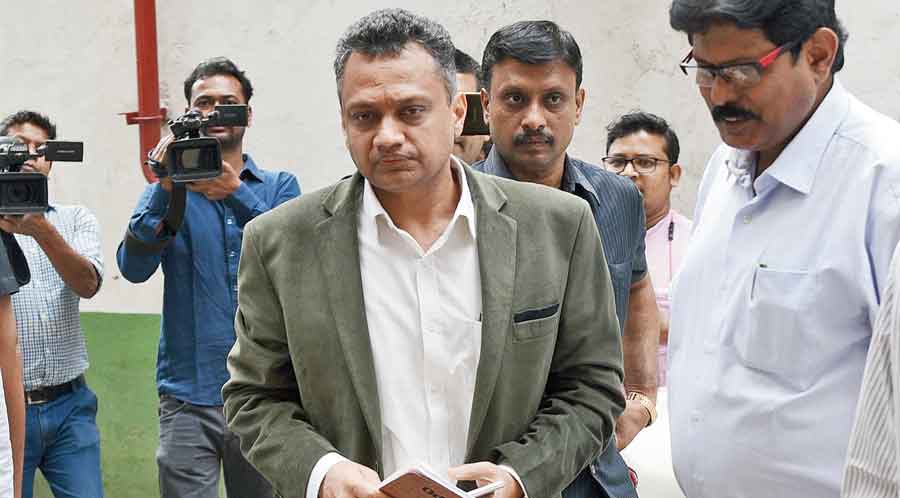 The Election Commission on Friday threw its weight firmly behind deputy election commissioner Sudeep Jain and took ownership of his decisions during the 2019 Lok Sabha polls.

The Trinamul Congress had written to the commission demanding that the 1994 IAS officer be divested of his responsibility to hold the 2021 Bengal Assembly polls.

Trinamul had cited two instances during the 2019 general election — Jain’s “inaction/illegal” action during the vandalism of Ishwarchandra Vidyasagar’s bust in Calcutta and “illegality” in the introduction of a concept of quick response teams comprising state and central police and led by central officers — to accuse him of bias for the BJP.

Jain had been in charge of Bengal during the 2019 general election also. In a statement issued on Friday, the poll panel said: “The commission would like to categorically state that all our deputy election commissioners and other officials posted in the ECI headquarters and/or working in the field are discharging their duties strictly as per Constitution of India and the various extant rules regarding the conduct of elections.”

“There could be an odd exception here or there in which case EC takes corrective action immediately. In the immediate case, the Commission has full faith in the integrity and fairness of Shri Sudeep Jain, DEC,” it added. “Unfortunately, it is not for the first time that a concerted campaign is mounted against senior officers of the commission on the eve of/during the process of elections.”

The statement virtually ruled out the possibility of Jain’s removal as in-charge of the Bengal polls. The commission also owned responsibility for two instances cited by Trinamul to question Jain’s neutrality in the 2019 polls.

“It is clarified that both these decisions were taken by the Commission in the interest of holding free fair and peaceful elections and implemented by the district election machinery under supervision of DEC....”