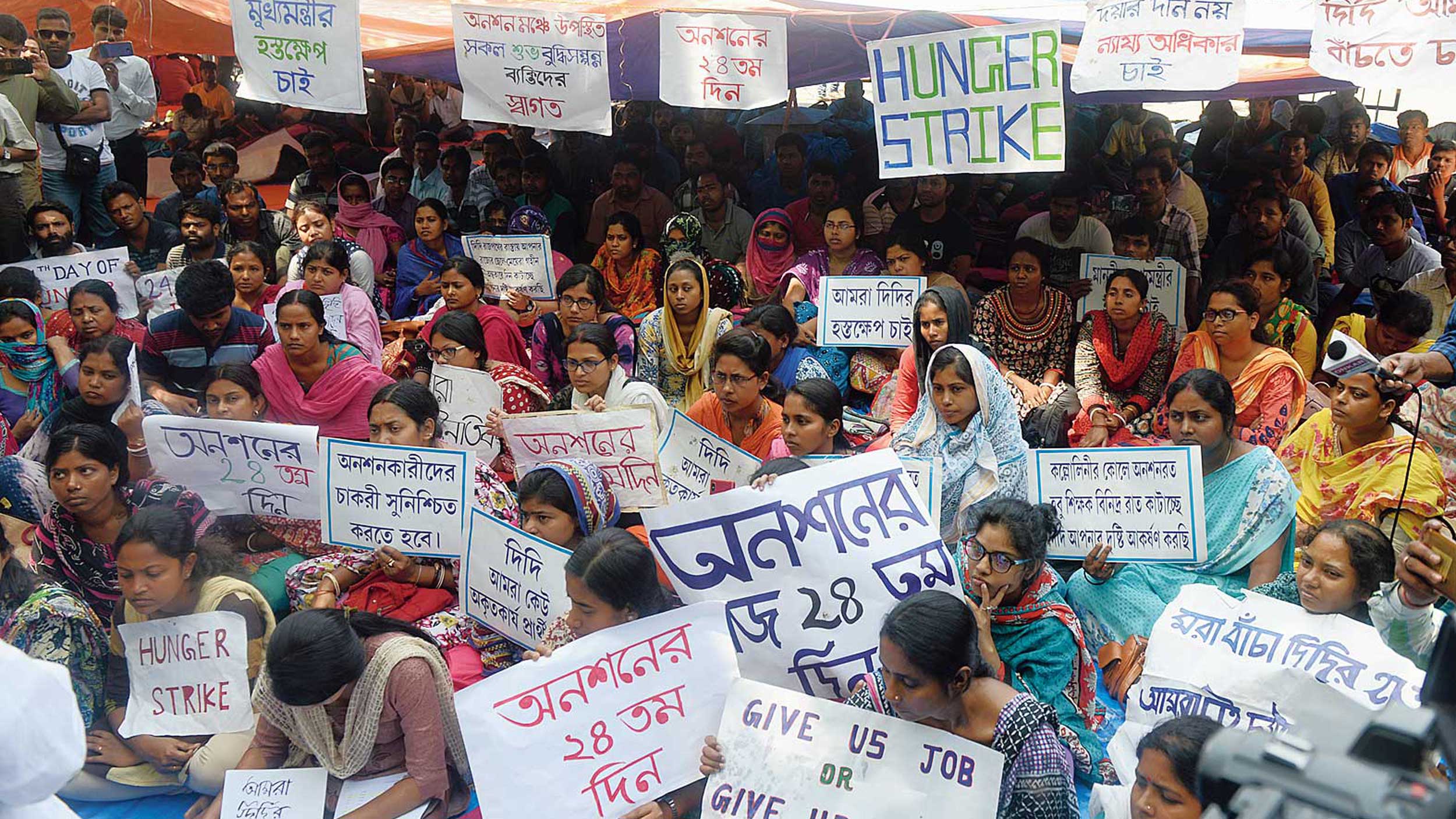 Protesters at the indefinite sit-in off the Maidan on Saturday.
Picture by Bishwarup Dutta
Our Special Correspondent   |   Maidan   |   Published 26.03.19, 05:57 AM

The aspiring teachers on an indefinite sit-in have said they would consider calling off the agitation if the government disclosed the scores of selected and waitlisted candidates.

The indefinite sit-in, under the banner of SSC Yuva Chhatra Adhikar Manch, began near Calcutta Press Club along Mayo Road, on February 28.

The 300-odd protesters have alleged in the past that many of the selected candidates scored less than those on the waiting list.

“The selection has not been done in a fair manner. But the government did not pay any heed to us... we can think of withdrawing the movement if the government releases the scores of the selected as well as the waitlisted candidates,” Prakash Ghosh, one of the protesters, said.

Education minister Partha Chatterjee had met some of the protesters on Friday and assured jobs to all eligible candidates.

He had asked them to submit their complaint to a five-member fact-finding committee headed by Manish Jain, principal secretary, school education, within three days.

A committee member on Monday spoke with some of the protesting leaders to enquire if they would submit any complaint.

Rakesh Pramanik, the secretary of the manch, said the complaints would be submitted to the committee on Tuesday.

On Saturday, an officer of Maidan police station had met the aspirants with a piece of paper, which the police apparently received from the army, and told them the army wanted the place vacated as they had not taken its permission.

The protesters are saying they have cleared the state school service commission exam but have not yet been called for interviews despite posts remaining vacant.

On Sunday, they had said the demonstration would continue till the government fulfilled their demands.