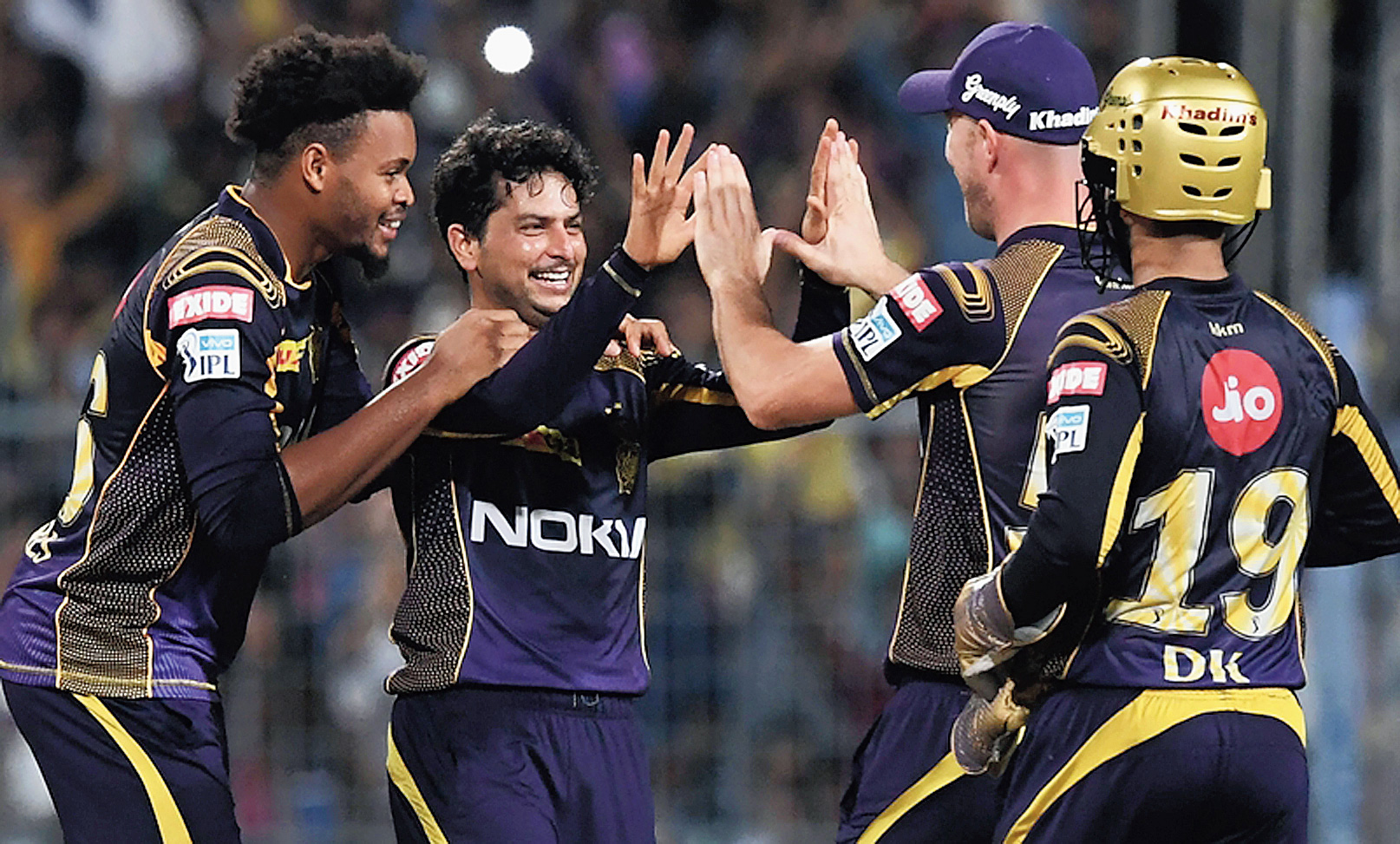 The men in purple and gold were also the “second most-watched team” among male and female viewers.

The 12th edition of the IPL got underway in Chennai on Saturday.

The action will start in Calcutta on Sunday when KKR, which has won the tournament twice in the past, takes on Sunrisers Hyderabad at the Eden Gardens.

Last year, 8.3 million people had watched the last over of the second qualifier, the virtual semi-final between these two teams at Eden, according to a “watch report” by Hotstar, which has the exclusive digital streaming rights for IPL. KKR lost by 14 runs and missed a place in the finals.

Apart from catching matches live, most people watch them on TV. Many, however, watch them on their mobile phones while travelling, especially when they return home from work in the evenings.

Last year, the “fourth most-watched moment” involved KKR when 6.4 million people watched the last over of the “eliminator” versus Rajasthan Royals. KKR had won by 25 runs.

“People from Bengal are arguably one of the biggest sports enthusiasts in the country. This fervour and loyalty towards cricket and their home team certainly reflects on the sustained popularity of KKR,” Sidharth Shakdher, executive vice-president, Hotstar, said.

The number of hits during IPLs show viewership had gone up in 2018 compared to 2017 and the overall watch time rose by 3.5 times in the same period.

The watch report showed 52 per cent of respondents to pop-up questions didn’t know the correct meaning of “B” in LBW (leg before wicket). They chose “behind” and “between”. The report showed 33 per cent of people did not know the middle name of Chennai Super Kings’ skipper Mahindra “Singh” Dhoni.

Such questions will keep popping up during matches this year as well, a Hotstar official said.

Additionally, those going for the livestream on the app can chat with others and play a game of predictions during the matches and even order food, the official said.

Apart from the other STAR Sports channels, this year the IPL commentary will be available in Bengali on a new channel, STAR Sports Bangla.

Second most-watched moment in Qualifier 2 against Sunrisers Hyderabad: Carlos Brathwaite on a hat-trick to Kuldeep Yadav in the last over — 8.3 million people watched live

Fourth most-watched moment in Eliminator against Rajasthan Royals: The winning moment in the last over —6.4 million people watched live

Among men, 74 per cent of all viewers watched CSK and 73 per cent KKR

When match is livestreamed on the app, chat, Koi YaarNehi Far; play a game of predictions, Watch N’ Play; and even order food online

Only 29 per cent of people watching the Bengali livestream were from Bengal.

Rest were from other states of India, apart from the US and Canada