The soil was so wet that it caved in, leaving seven labourers trapped inside the 25-foot-deep pocket 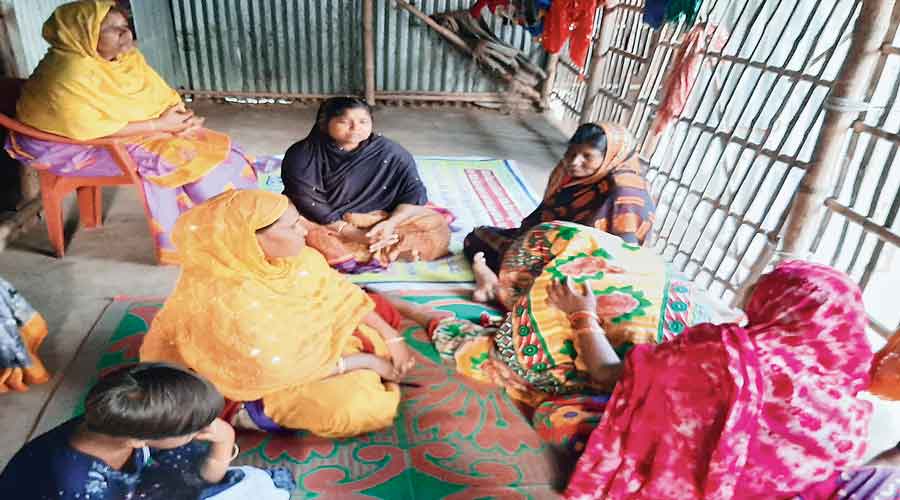 Four migrant labourers from Bengal were buried alive in a mudslide at a construction site at the Kalamassery electronics city in Kerala’s Kochi on Friday evening.

Three of the victims were from Ashoknagar in North 24-Parganas, while the fourth was from Nadia’s Haringhata. The quartet were part of a 10-member team from Bengal who left home on March 5 to work for the construction project in Kochi’s Special Economic Zone (SEZ) where the accident took place.

Kochi is part of Kerala’s Ernakulam district. An official of the Ernakulam district administration said the incident occurred when labourers were removing soil to pave way for the installation of a superstructure required for concrete casting of a pier.

“The soil was so wet that it caved in, leaving seven labourers trapped inside the 25-foot-deep pocket (of the site). There was no guard near the pocket. Firemen and local people brought out the trapped labourers but doctors at a local hospital declared four of them brought dead. The three others, also from Bengal, are battling for their lives,” the official said.

Those who died have been identified as Najesh Ali and Noir Amin Mondal of Ashoknagar’s Srikrishnapur, Kuddus Mondal of Salarhat in Ashoknagar and Faijula Mandal of Panchkaoni village of Nadia’s Haringhata. They are aged between 32 and 40.

Kerala’s labour minister V. Suvankutty asked the state labour commissioner to order a probe and announced Rs 2 lakh as financial assistance for each of the bereaved families.

Ernakulam district administration has conveyed the news of the demise of the four labourers to the administration of North 24-Parganas and Nadia districts.

North 24-Parganas district magistrate Sumit Gupta told The Telegraph: “We are in touch with the Ernakulam district authorities who have informed us that the bodies would be sent back home after post-mortem on Sunday. Officials of the Bengal government’s labour department are taking steps to hand over the bodies to the families.”

The kin of the four labourers accused construction authorities of negligence.

“The labourers had removed soil to create the 25-feet pocket for the pier. Such work requires guarding the surrounding soil for the safety of workers. But we have seen a video of the incident in which we saw how the labourers got buried alive almost instantly,” said Arif Mohammed, one of the relatives and an Ashoknagar resident. Arif alleged the construction lacked permission of the administration.

“We appeal to our chief minister Mamata Banerjee to take up the matter with the Kerala government so that it orders an inquiry and takes stern action against the construction agency for its serious lapse,” said Taher Ali Mandal, uncle of the deceased Faijula.

Nilufa Biwi, wife of deceased labourer Najesh Ali, said: “There was little scope of work during the past two years. So, he decided to go Kerala with some other labourers for a better living. But his death has shattered our dreams.”

An officer of the North 24-Parganas district administration said efforts would be taken to compensate relatives of those who died.